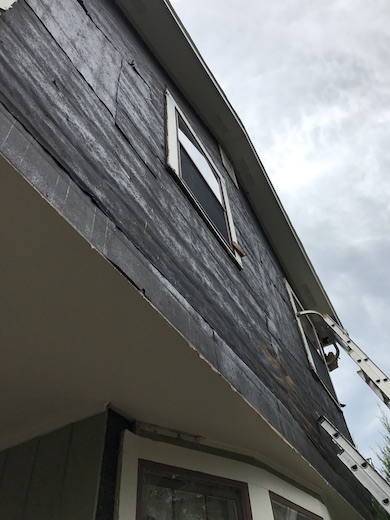 The guys made quick work of taking the last of the siding off. Says the lady who doesn’t go up and down the ladder… Our bedroom is on the other side of this wall so I wonder if we’ll notice any difference in sound or temperature now the siding is off, or later when the insulation is on. 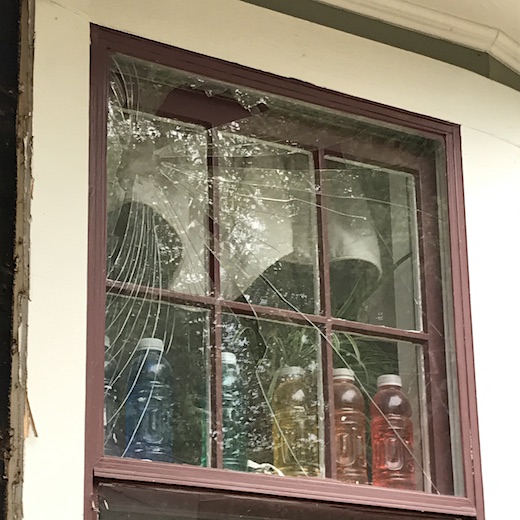 There was one minor mishap when Jo-Bear’s crowbar slipped, but the important thing is that he wasn’t hurt. We’d already planned to replace that storm window because it didn’t have a screen so it wasn’t a big deal. And cleaning up the broken glass was right in my wheelhouse – I’m good at cleaning things up. I’m so good at it that sometimes I clean things up before people are done with them. I can’t tell you how much Teacher loves that – NOT! 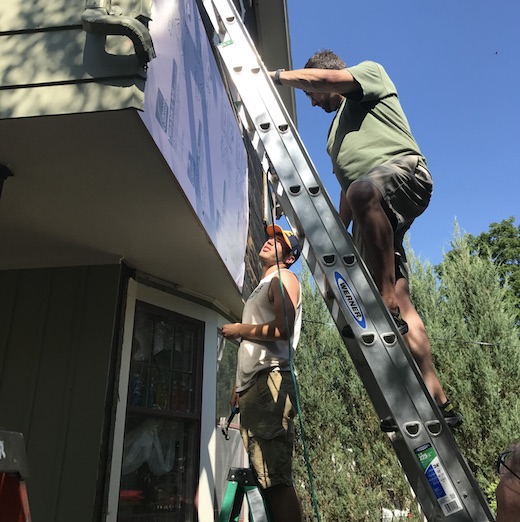 Now that all the old siding is off it’s time to start putting up the insulation – hooray for progress! I was a little worried about the guys carrying those giant pieces of insulation up the ladders, but they’re super-light so I was worried about nothing. As usual. The guys decided to start at the bottom and work their way up because there would be less cutting and they could balance each row on the row beneath. 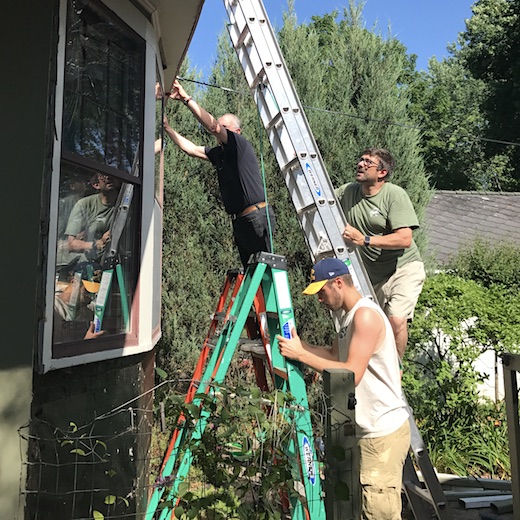 Three generations working together – it makes my heart melt. Teacher and Jo-Bear have been doing ladder work while Grandpa’s job has been to cut the insulation, but somehow he snuck onto a ladder. Don’t tell Grandma!

Watching them work reminds me of the summer my parents built a screened-in porch on the back of our house. My dad and brothers did the construction while my Grandpa did the cutting. My dad always said that Grandpa was so good that Dad would say “We need a piece this big” while showing the size with his hands, and Grandpa would get it right. 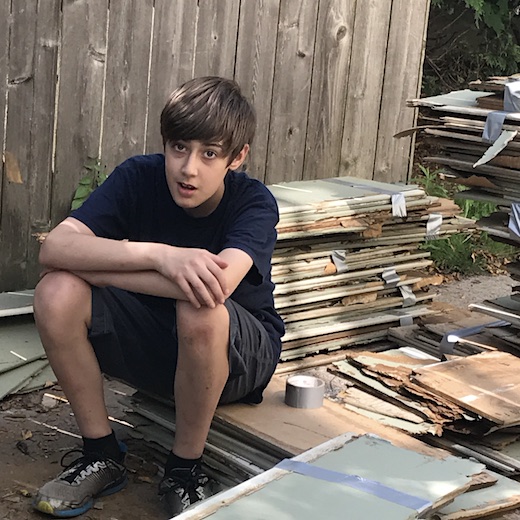 Just a little tired, Z-Man? The boys and I have been busy with the old siding. First we carried it to the driveway, sorted it by length, and stacked against the fence. Then we made piles that weighed no more than 45 lbs and were no more than 4 feet long trash pick-up rules and duct taped them together. Finally we carried about one-third of them to the curb for this week’s pick up and stacked the rest against the fence until the next large item pick up day in two weeks. It doesn’t sound hard, but that siding is heavy! 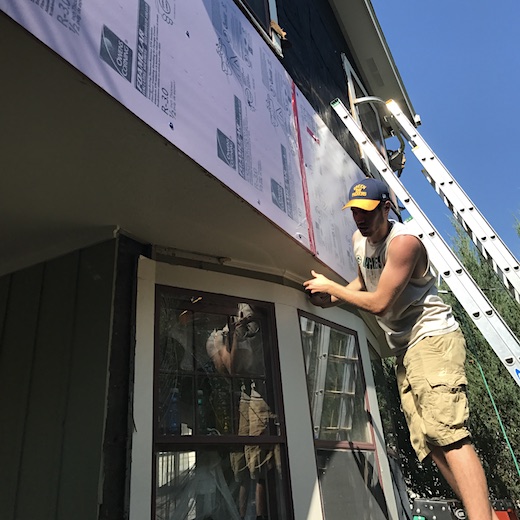 The insulation has a plastic coating on it so we don’t need to “wrap” the house, all we need to do is tape the seams. That saves some time and money! 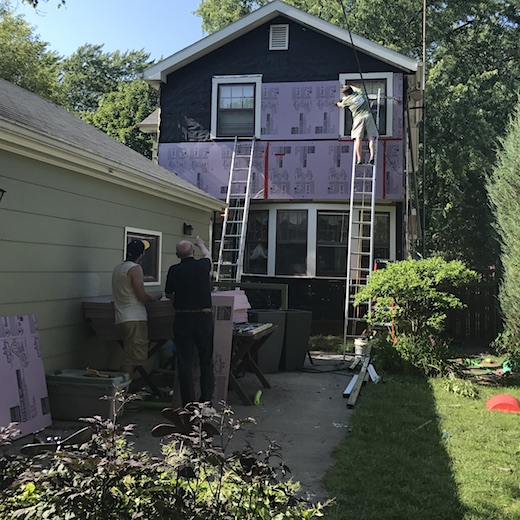 Teacher is finishing the last piece for today while Jo-Bear and Grandpa discuss plans for tomorrow. Residing a house is all uncharted territory for us so there’s just as much “brain work” going into it as physical labor – if not more!

We’re learning as we go but hopefully we’ll make most of our mistakes on the back of the house where no one will see them. Each side should go easier as we and by “we” I mean “them” get more experience, but I’m sure each side will also present it’s own challenges. What an adventure!