McDonut and the Shotgun Wedding 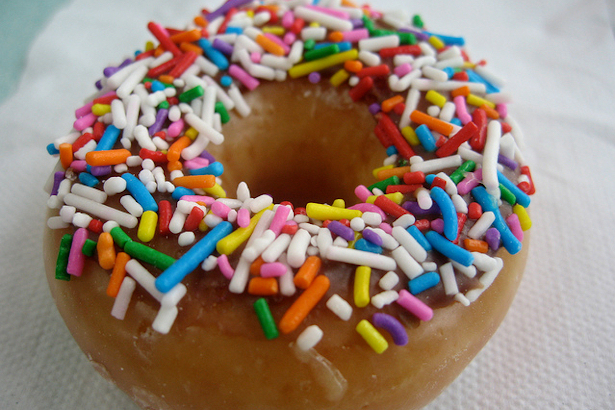 When Teacher was in college he had a fraternity brother affectionately called McDonut. They were both members of Phi Mu Alpha Sinfonia, the music fraternity.

One afternoon, a week or so after classes started, McDonut went on a fraternity “meet and greet” mission. Armed with a list of freshmen who had expressed interest in music, his job was to introduce himself to the guys, tell them about Phi Mu Alpha, and try to get them interested in pledging Phi Mu when the time came.

McDonut wasn’t a big guy. He was closer to 5 1/2 feet than 6 feet and looked as though a strong wind would knock him off his feet, but he had a great sense of humor and a legendary “gift of gab” that usually carried him through these missions with flying colors.

At least until his rounds brought him to Uncle Jay’s door.

Uncle Jay was a big guy; easily 6 feet tall and solid from working for the city as a garbage man all summer. Remember when a guy would ride on the back of the truck, jump off, heft the garbage can over his head, and dump it in the truck? Uncle Jay had been one of those guys and had the muscles to prove it. Luckily for McDonut, Uncle Jay is also one of the nicest guys you’ll ever meet and has an amazing sense of humor.

After introducing himself and explaining the reason for his visit, McDonut’s gift of gab suddenly disappeared. At a loss, he looked around for inspiration and spied the Uncle Jay’s name tag on the door. Recognizing Uncle Jay’s hometown, McDonut brightened and began what he thought would be a lively conversation, “Hey! I was just in your hometown for a shotgun wedding a couple of weeks ago!” I can just imagine the sparkle in McDonut’s eyes as he said this – there’s nothing better than a big of gossip, right? Wink-wink.

Uncle Jay looked down at McDonut and in his deep voice very calmly said, “That would be my sister.”

I’m not sure what – if anything – McDonut said, but I hear he turned a bright red and left in a bit of a hurry.

Uncle Jay didn’t hold it against McDonut or Phi Mu Alpha; ended up pledging and being an active member of the fraternity.

I didn’t hold it against McDonut either; I only wish I could’ve seen his face.