OK, I admit right off the bat that I’m a day late; College Boy’s birthday was yesterday.

I have a good reason though: I couldn’t see.

Honestly, I couldn’t see on account of my eyes were too watery.

Let me start from the beginning…

Last night I wrote this:
Twenty two years ago College Boy entered the world, and our lives have never been the same.

Pretty good start, huh? Not terribly original, but it gets the point across.

Next I was going to write a mushy poem about how much we love College Boy, what a great son he is, how proud we are of the man and father he’s become, yadda, yadda, yadda.

Then I realized that my poem-writing skills stink and College Boy would laugh so hard he’d spew Mt. Dew out of his nose. That is not a sight anyone needs to see, especially not little Love Bug who would probably be scarred for life. I don’t need that on my conscience.

Instead I decided to post some “College Boy Growing Up” photos in honor of his birthday. I dug out College Boy’s baby book and photo album and got ready to do some serious scanning. Pay attention now – this is where the watery eyes thing comes in.

As I paged through twenty-two years of memories my eyes started watering. Awwww, he was so cute! Excessively. How did he grow up so fast? Not the pretty tears-rolling-down-the-face stuff that you see in movies, Now he’s married and lives so far away but the ugly make-your-eyes-red-and-your-nose-run mess. Waaaaaaaah!

It was not pretty. The cat took one look at me and ran for his life. I don’t blame him.

A gazillion damp and crumpled tissues later the waterworks finally stopped and I went to bed. I knew there was no way I’d be able to write another word. On account of my eyes being watery, remember?

Here we go – College Boy Growing Up:
Don’t bother trying to wipe the dust off your monitor, it’s on the photos. I didn’t notice it last night… darn eyes. 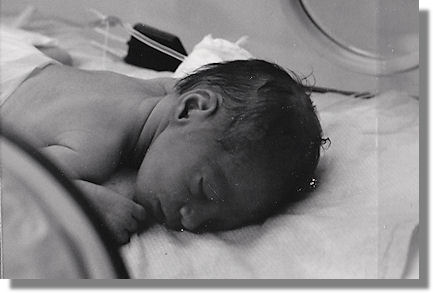 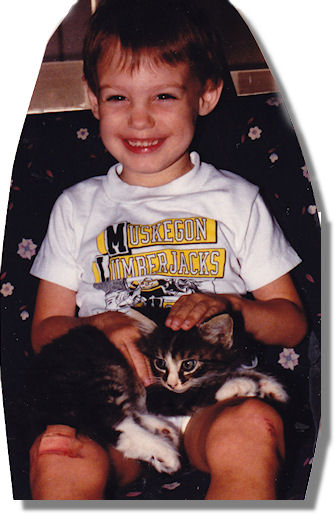 Four years old. Loves kitties, his little sister, playing with friends. Not so fond of tidying up.
Pets weren’t allowed in our apartment but Teacher smuggled this one in for a weekend. 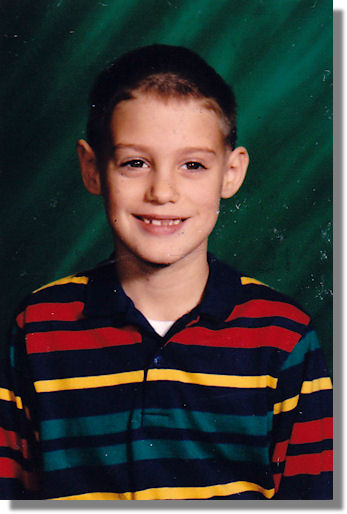 Seven years old. Loves the color green, Nintendo, and Pogs. Hates coloring with a passion.
Did you brush at your monitor? The dust is on the photos; you can’t reach it from where you’re sitting. 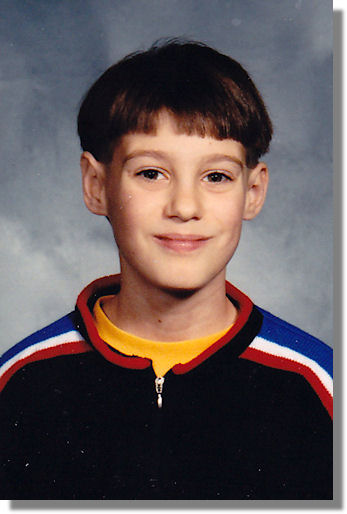 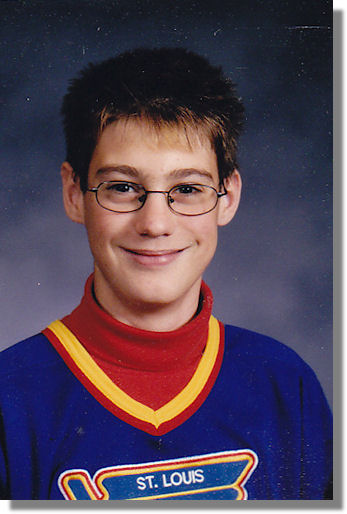 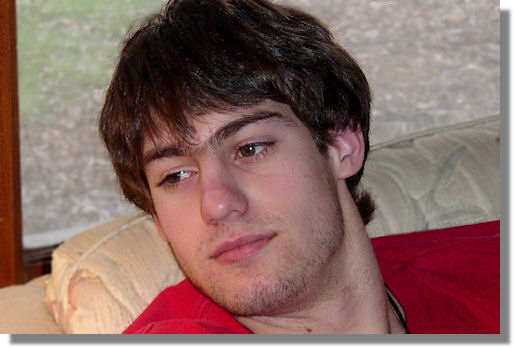 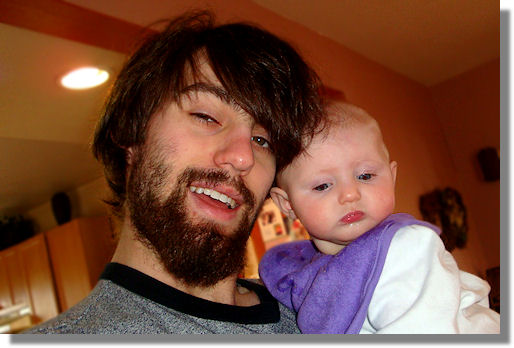 Twenty two years old. Loves his wife and daughter more than anything. Still not fond of mornings.
Has apparently developed a fear of haircuts.

We are incredibly proud of the man you’ve become. You’re a wonderful father and husband, and we can’t wait to see what the future holds for you. We love you so very, very much.

What are you still doing here? Run for the hills like you’ve never run before!