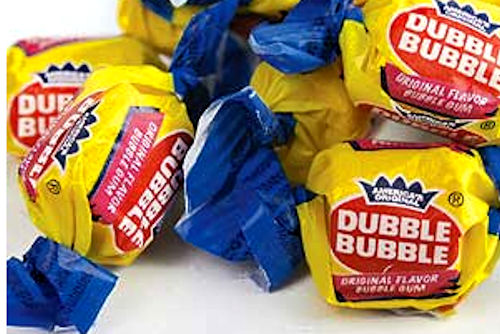 I peeked around the corner to see the cause of Z-Man’s distress.

He was alone so I melted back before he saw me.

Finally he trudged over.

“I need some water”

Wordlessly he pointed to his right knee which looked like a long string of bubble gum had been swirled around the kneecap several times before getting stuck.

“Oh dear, how did that happen?” Dumb question; he’d been warned many, many times to stop pulling gum out of his mouth and playing with it.

He shrugged, but his face gave him away. I decided not to pursue it; my goal was for him to stop playing with his gum, so making him admit his guilt wasn’t important.

Trying to practice Love and Logic, I empathized, then put the problem back on him: “Oh, that’s too bad. What are you going to do about it?”

“I don’t know.” He looked so sad I almost took pity on him – almost.

“You could try rubbing it off with tissues.”

He grabbed a handful of tissues and set to work.

It wasn’t long before he was back.

“Ohhh, that’s too bad.” I empathized, “Would you like some help?”

Since we were out of peanut butter and I wanted to be sure he wouldn’t forget the consequences of playing with his gum I started picking the gum off with my fingernails. I tried very hard not to pinch skin but the gum was stuck in his little hairs and didn’t want to come off.

It wasn’t pleasant for either of us. Z-Man alternated between giggling and whining, and wiggled so much I had a hard time grabbing the gum without pinching him. With supper and rest breaks thrown in it took several hours before his knee was gum-free, but finally his knee was clean. Whew!

Hopefully next time he has bubble gum he’ll remember to keep it in his mouth. If not, I hope he sticks it in his hair. I’ll bet he’ll never forget having some of his hair buzzed off because it had gum in it!