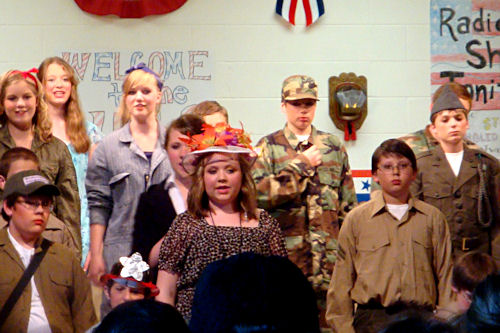 Jo-Bear was in his school’s 5th-8th grade musical “Don’t Say No to the U.S.O.” this month. He even got a speaking part even though he’s only in 5th grade. 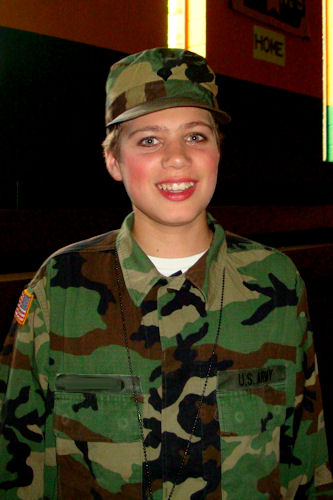 I think next year they should have lessons on applying stage makeup. Why do I feel like he should be singing “It’s fun to stay at the Y.M.C.A.”? 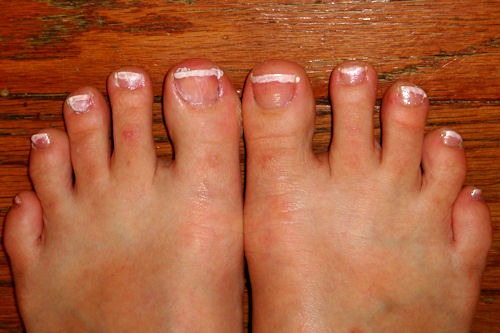 That is the most pathetic attempt at a French pedicure that I’ve ever seen. The person who committed this atrocity should never be allowed to wield a nail polish brush ever again. Ummm… that would be me. I suck at nail art. And cooking, but that’s another story 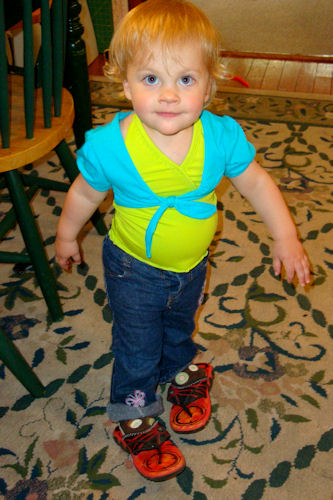 After that trainwreck of a pedicure I need a bit of cuteness and you can’t get much cuter than G! 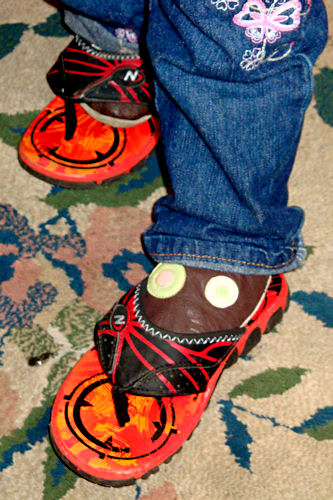 Did you notice she’s wearing E’s flip flops? She’s developing a shoe obsession and is either trying to wear all the other kids’ shoes or following them around trying to give their shoes to them. 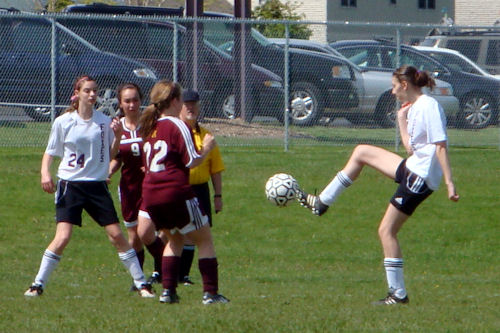 I could take photos of Angel Face playing soccer all day. 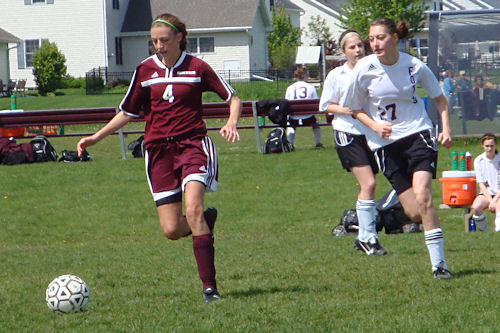 I love to watch her play; she has such intensity and hustle. 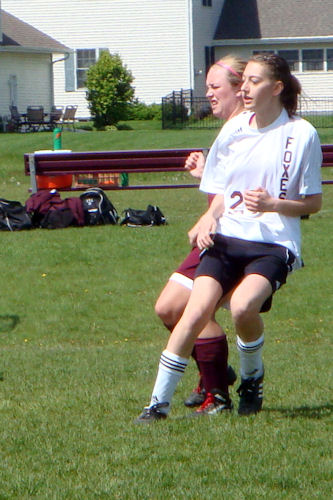 Hey! Don’t let her push you around – push her back! Play like you’re fighting with your brother!

She loves it when I yell at her on the field – especially when I tell her to play like a boy. That’s her favorite. Right sweetie? 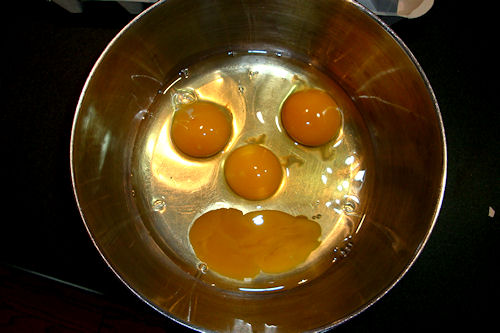 Once I cracked some eggs in a bowl for scrambled eggs and they ended up making a smiley face. I had to take a photo before I whisked them, cooked them, and ate them. Yum.