The Hard Facts About Bottled Water

Today I’d like to welcome a guest author who would like to share some information about bottled water. Guest John Hawthorne is a writer and entrepreneur from Canada. His humanitarian work includes writing regularly for relief group websites and teach others about environmental matters. He is always on the look out to update current stats and knowledge so keep an eye out for him in the future.

Have you ever thought about that bottle of water you’re drinking? Most of us consume bottled water in massive quantities without giving it a second thought. We buy it by the case, burn through the bottles, and then toss them in the trash. And we do all this without considering the cost of making bottled water. 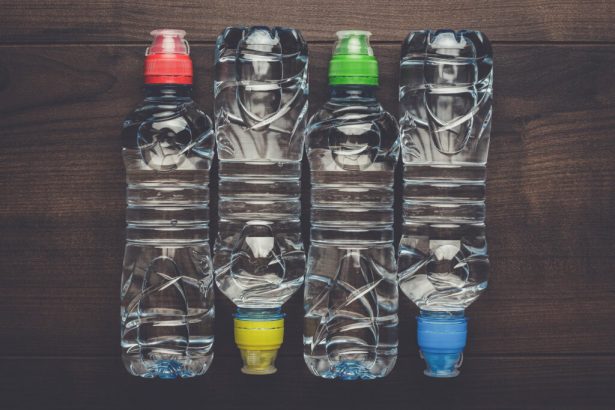 It’s understandable. There are times when clean water simply isn’t available and you have to drink prepackaged water. But before making decisions about bottled water, it’s essential that you know the hard facts. You need to know where it comes from, what it costs to make, and the environmental impact.

Once you know the facts, you can make educated decisions about when it’s appropriate to purchase bottled water and when you should choose something else.

At the end of the article, we’ll present with you some alternatives to consider.

As G.I. Joe used to say, “Knowing is half the battle.” Most people assume that bottled water is clean. After all, it has names like “Aquafina” and “Fiji” and “Crystal Springs”. It sounds like the water has been collected from an ice cold stream in the Himalayan mountains.

What most people don’t realise is that some bottled water is actually just tap water that has been put into a plastic bottle. The only special thing about it is the multi-million dollar marketing
campaign behind it.

#2 – The Average American Consumes A Lot Of Bottled Water
On average, Americans consume 36.4 gallons of bottled water per person every year. That ends up being somewhere around 1.7 billion half-liter bottles. Of course, all these bottles must be made and then must end up somewhere when empty. The massive consumption of bottled water requires huge amounts of resources to be created and discarded.

#3 – It Requires Millions Of Barrels of Oil To Produce Bottled Water In America
Bottled water doesn’t simply happen. It must be filtered, the plastic bottles must be made, and then all of the bottles must be shipped across the country in trucks, trains, and by boat. All this requires an astronomical amount of energy, depleting our natural resources and putting a strain on the environment.

#4 – Billions of Plastic Bottles Are Discarded Every Year 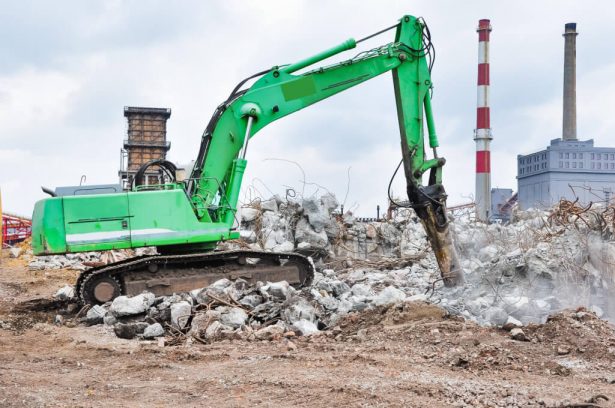 Where do all the plastic bottles go when they’re empty? Some, of course, are recycled. But billions aren’t either ending up in landfills or being incinerated. While we don’t immediately see the toll this takes on the environment, it certainly adds up. We are certainly seeing it as global temperatures increase and will continue to see it for generations.

#5 – It Costs Double The Amount Of Water To Make The Plastic Bottles
Every bottle made requires double that amount of water in production costs. For example, a single liter bottle requires two liters of water to be made, and so on. So, if the average American consumes 36.4 gallons of water, they are actually consuming around 72.8 gallons of water.

#6 – A LOT Of Water Is Wasted In The Bottling Process
You would think that very little water would be wasted in an automated bottling process, but it’s not true. When water is filtered by the bottling companies, a huge amount is wasted. How much? Up to 9 times what ends up in the bottle.

#7 – Bottled Water Is Really Expensive Compared To Tap
This is stating the obvious, but drinking bottled water is a really expensive habit. A study by Consumer Reports found that the average cost for one year of water is $346. On the other hand, drinking the same amount of tap water only costs 48 cents. Over 10 years, the savings amounts to around $3,400.

#7 – Bottle Water Isn’t Always Safer
Recent crises like the one in Flint, Michigan have made people assume that bottled water is safer than tap water. However, 22% of bottled brands have been found to contain harmful chemicals in at least one sample. Even though the word “Pure” might be in the name or description, it’s not necessarily clean. It just has a better marketing team behind it.

#8 – Plastic Bottles Are Rarely Recycled
Even if you recycle your bottles, very few others do. In fact, only about 1 in 5 ever make it to a recycling plant. This means that a shocking 80% of bottles end up in the dump, being incinerated, or discarded in nature. 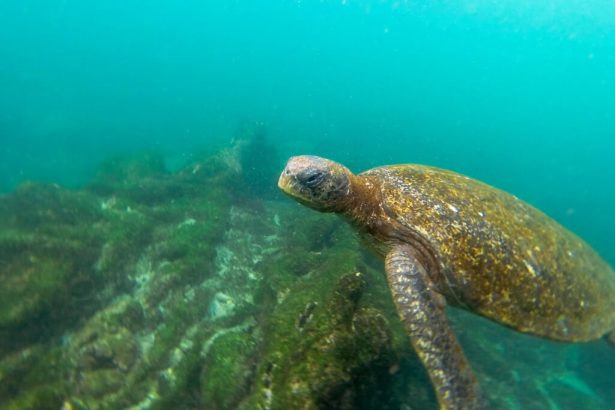 Unfortunately, bottles dumped in the wild are often eaten by unsuspecting animals, causing them to get sick, injured, or even die. Sadly, even beautiful sea turtles have been hurt by discarded
bottles.

#10 – Creating Water Bottles Releases Huge Amount of CO2 Into The Atmosphere
Due to the amount of petroleum involved, the process of manufacturing water bottles releases millions of tons of CO2 into the air. As the climate gets warmer, this is going to be an increasingly large problem, having a significant impact on our children and grandchildren.

#11 – The Bottled Water Industry Could Provide Clean Water For The World
In 2014, the bottled water industry generated approximately $13 billion in revenue. It’s estimated that the global water crisis would cost $10 billion to solve. This means, at least in theory, that if all the money spent on water was spent on solving the water crisis, it could be entirely eliminated.

#12 – Creating and Consuming Bottled Water Wastes Significant Energy
The energy we expend in the creation and consumption of bottled water is astronomical. If the same energy was used in powering homes, it would power approximately 190,000 homes.

#13 – Decomposing Bottles Are Terrible For The Ground 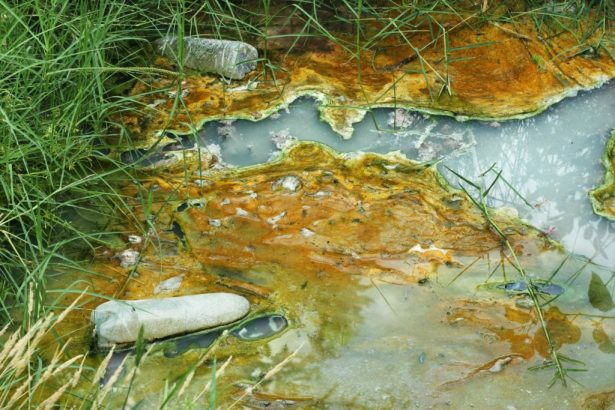 Discarded bottles don’t just sit in the ground and they don’t decompose in a natural manner. As nature tries to decompose the foreign object, the bottle releases chemicals into the soil.

#14 – The Water Companies Don’t Always Follow The Regulations
Companies like Coca-Cola (Dasani) and Pepsi (Aquafina) don’t always follow regulations when it comes to labeling their bottles. Of course, this could be because they don’t want you to know that that “pure” water you purchased actually came from the municipal water supply in upstate New York.

#15 – Bottled Water and Tap Water Are Similarly Regulated By The EPA
Contrary to the marketing campaigns, which would have you believe that they follow an incredibly strict series of guidelines in bottling their water, the Environmental Protection Agency imposes similar regulations for both tap water and bottled water. As you can imagine, those selling bottled water aren’t going to voluntarily impose more restrictions on themselves, so they’re going to stick to just the guidelines, no matter what they say.

#16 – It’s Really All About The Money
Let’s be honest here: the water industry isn’t really about high-quality water or water drawn from artisanal wells. It’s about money. It’s a billion dollar industry, and companies want a slice of that pie. If they can convince you that their water is somehow better, they’ll do that, even if it really isn’t.

So what should you do if you decide not to drink bottled water? If your conscience kicks in and you want to reduce your environmental impact? If you want to stop spending huge amounts of money on something that’s actually not that great?

Thankfully, there are several alternatives.

It depends on where you are and what you want.

As noted above, tap water is almost always as safe as bottled water. True, there are times when tap water contains contaminants, but this is rare. If you’re concerned about the quality of your water, get a home testing kit.

If you want to drink filtered water in your home, there are numerous pitchers, such as the Brita, that filter chemicals, like chlorine, out of the water. These pitchers are relatively inexpensive, easy to use, and can be kept in the refrigerator. If you’re hiking or traveling in the United States or Canada, a water filter bottle is a simple, portable solution. If you’re traveling internationally, you’re going to need a solution that can also ensure there are no viruses in the water, which are too small for most filters. In that case, we recommend our Village Bucket Filter.

The Village Bucket Filter allows you to purify and filter a large quantity of water at once without resorting to UV light or harsh chemicals. Because it filters at the .1 micron level, it sufficiently removes both harmful bacteria and viruses.

It’s not necessarily wrong to consume bottled water, but you should be well-informed before you do. Every bottle you drink has a real impact on the environment and on your budget. Know the facts. Make an informed choice.

This article was reproduced with permission and originally appeared at https://businessconnectworld.com/2016/12/22/facts-about-bottled-water/