Cowboy Has Gone for a Soldier 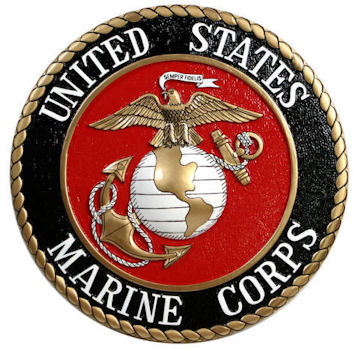 Even though both of my grandfathers served in the military – my dad’s dad in the Air Force and my mom’s dad as a Navy Sea Bee – I hoped Cowboy would change his mind. I have nothing but the greatest respect and appreciation for the men and women who serve in the military, but I didn’t want Cowboy to be one of them.

I know it’s selfish, but I didn’t want to worry about him or stand by helplessly as Princess worried about him. I didn’t want Princess and Peanut to be lonely and missing him while he was gone. I didn’t want – God forbid – him to be injured or worse in Iraq or Afghanistan.

But Cowboy had his heart set on becoming a Marine, and as much as Princess didn’t want to be separated from him she knew how important it was to him. She wanted him to be able to follow his heart’s desire, so after many discussions between Cowboy, Princess, and the Marines recruiter they came up with a plan that everyone could agree upon: Cowboy joined the Marines Reserves.

The Marines Reserves seems to be a perfect compromise for Cowboy and Princess. Cowboy gets to follow his dream, serve his country, and have help paying for college while Princess gets to keep her husband near – once he finishes training. When I first heard that Cowboy wanted to join the Marines I was mostly worried for Cowboy’s safety. Even though the recruiter said that the job Cowboy wanted to train for would keep him stateside, I wasn’t so sure. He’s a big and strong young man who’s been hunting since he was a kids so he knows his way around guns , so it seems logical that he’d be sent overseas.

Another of my worries – and a selfish one at that – was that Cowboy and Princess would end up moving across the country to California. It’s rare for a week to go by without seeing them so I can’t imagine only seeing them a couple of times a year. I also worried about Princess finishing college if they ended up moving. She’s only in her second year and has at least two yet to go – more if she follows her original plan and continues on to law school – and from the little research I did it seemed unlikely that all of her credits would transfer. But as a Reserves member Cowboy will return home again after his training – yea!

Originally Cowboy was supposed to leave for boot camp in March, but there was a change in plans and he was scheduled to leave mid-January. Luckily Princess was on Christmas break from college until the last week of January, because they had a lot to do and not much time to do it! There was paperwork to complete and file, finances and insurance to figure out, and an entire apartment to pack.

Cowboy’s parents, Teacher, and I did what we could to help Princess and Cowboy prepare for his departure. Cowboy’s parents put in countless hours at the apartment, packing boxes and moving items into storage at their shop. With less flexible schedules Teacher and I weren’t able to help pack but we did our best to provide moral support and encouragement for Princess and Cowboy.

The days hurtled on until it was the night before he was scheduled to leave. Teacher and I had to work the next morning so Cowboy, Princess and Peanut came over for supper so we could all spend one last night together. Even though we knew it was coming, I don’t think any of us was ready. The next day Princess and Cowboy’s mom dropped him off at the recruiter’s office with nothing but the clothes on his back, his driver’s license, and Princess’s bible. OK, to be honest he still had his iPod and phone, but he planned to leave them with his sister in Milwaukee. He knew he couldn’t take them to boot camp but wanted to text and call Princess until the very last moment. After a snowy drive to Milwaukee Cowboy had one last night of relative freedom before boarding a plane headed for San Diego and twelve weeks of Marines boot camp. 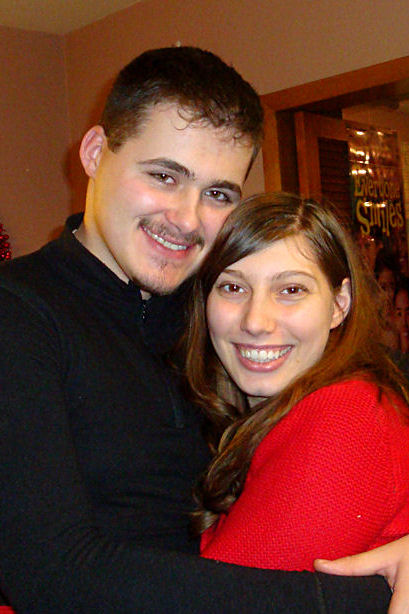 God be with you while you’re away, Cowboy. We love you, are so incredibly proud of you, and can’t wait for you to come home again!