How I Spent My Summer Vacation – Prequel

You know how you plan a quick and easy project and it snowballs into something not so quick or easy?

So we called a repairman, who replaced something.

But a little while later we discovered that the dishwasher was still leaking, and the floor was getting worse.

Finally we’d had enough. We decided to cut our losses and buy a new dishwasher. And the extended warranty!

That took care of the root of the problem, but we still had the floor to deal with.

The plan was to replace the water-damaged flooring and anything under it that needed replacing. I figured it would be such a quick and easy project that I didn’t bother to take any photos at first. I’m kicking myself now. 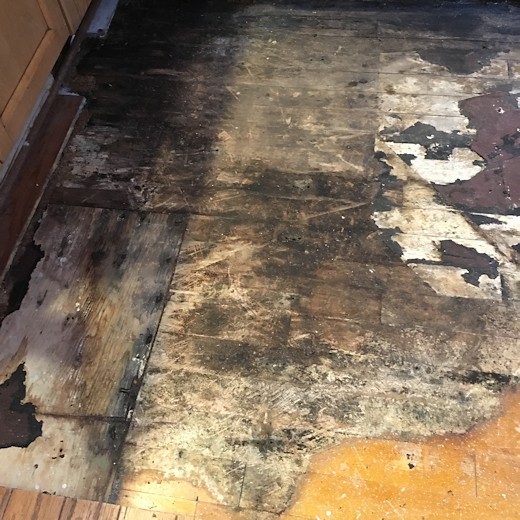 Teacher used his circular saw to cut the flooring around the damaged part and pulled the flooring up. Under the flooring was particle board, which came up fairly easily because it’d been soaked, and a layer of old, ugly tile. Under the tile was pretty much what we’d expected – water damaged flooring.

But wait… I didn’t expect to see the original 1920’s hardwood floor! And that corner looks pretty nice. 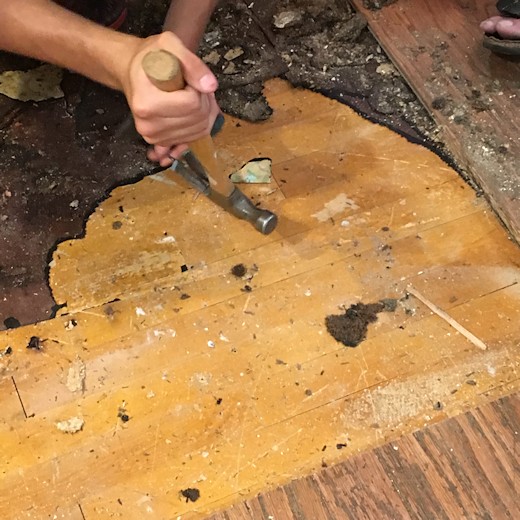 Teacher pulled up more of the old, ugly tile to reveal more of the original floor. It was in really good shape too. 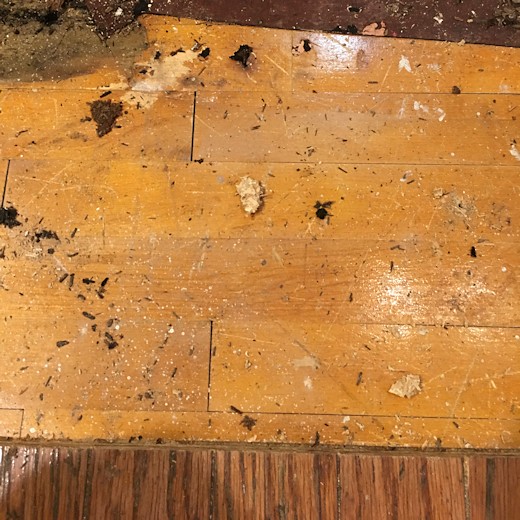 I really didn’t expect to see this! Now what do we do?

It would be quicker, easier, and cheaper to just cover it back up again.

But it’s so beautiful – what if the rest of the kitchen floor is too?

What if it’s not, and this is the only decent patch in the whole kitchen?

Should we go for it, or take the easy route?

I debated with myself for a whole day.

Then guess what we decided…

Yeah, we’re crazy – we decided to pull up the rest of the newer flooring to see what was under it. I hope we don’t regret it!