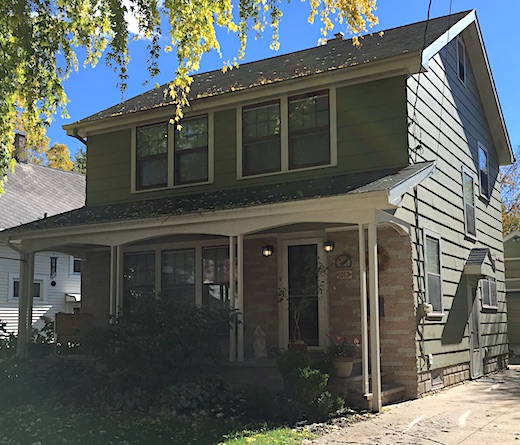 Several years ago when the house needed to be repainted Teacher and I decided it was time to change the grey/burgundy/cream color scheme. The house was built in 1922 and we both love 1920s Craftsman style so Teacher suggested I search online to see what colors 1920s bungalows were painted.

As we debated paint color we also dreamed about how we’d like to remodel our house if we had the time and money. Although we both love Craftsman bungalows, we love this house too much to move so we decided to bring in 1920s features whenever we could. 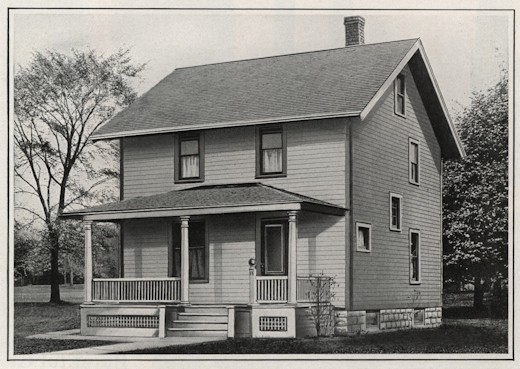 We decided on green for the main color so I searched online for 1920s green exterior paint color schemes and stumbled onto a fantastic Flickr account, The Daily Bungalow. Although I’d started browsing green color schemes, I soon drifted into floor plans and was surprised when a house that looked like ours caught my eye. 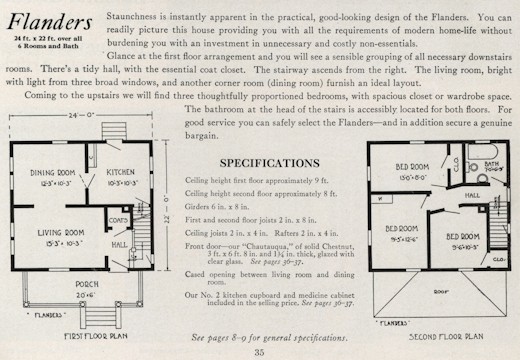 It was a “kit home” called “Flanders” by the Ray H. Bennett Lumber Company of North Tonawanda, NY. According to Antique Home Bennett kit homes can be found in the upper Midwest – that’s us!

I took a closer look at the floor plans and was amazed at the similarities. 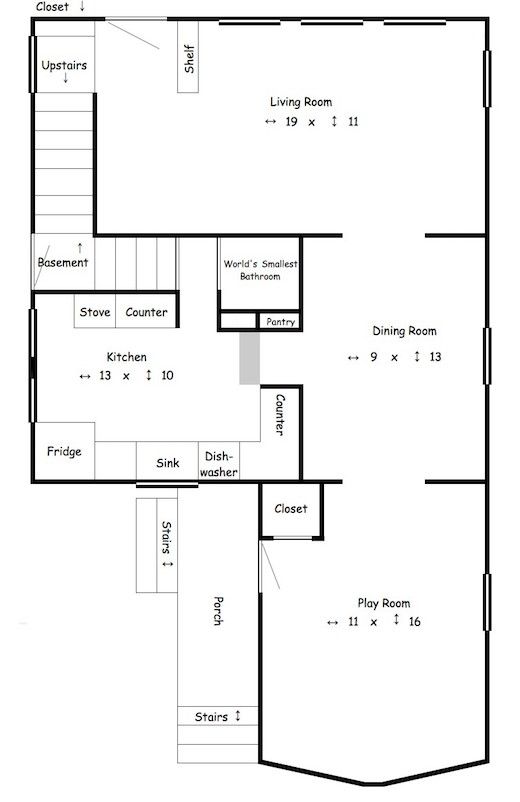 Now compare that to the plan I made of our main floor for a class many, many years ago. Just ignore the part on the bottom – Play Room, Closet, Porch, etc. They were added in the 1960s.

I know it’s kind of hard to tell so I flipped the original plan to make it easier to compare: 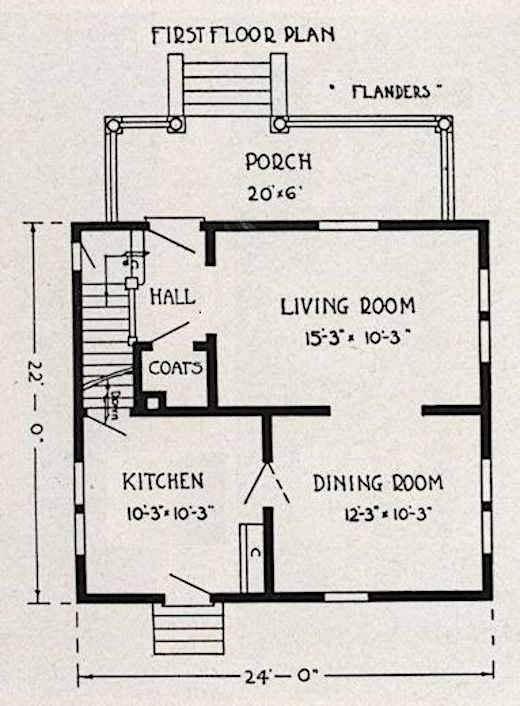 Here’s the original again. And… 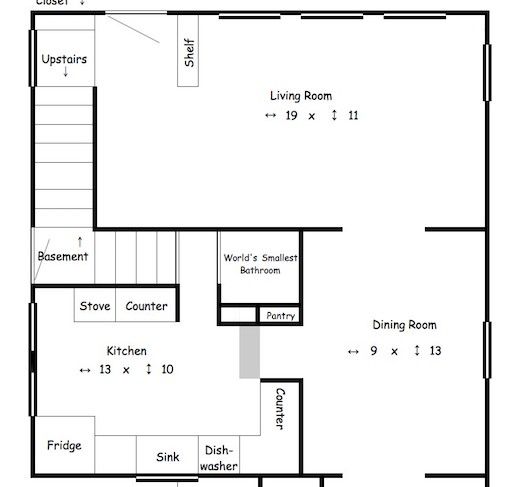 My floor plan without the 1960s addition.

Now what do you think? It’s not exact, but it’s awfully close! It’d be even closer if I’d used actual measurements for my floor plan instead of rounding up to the nearest foot. 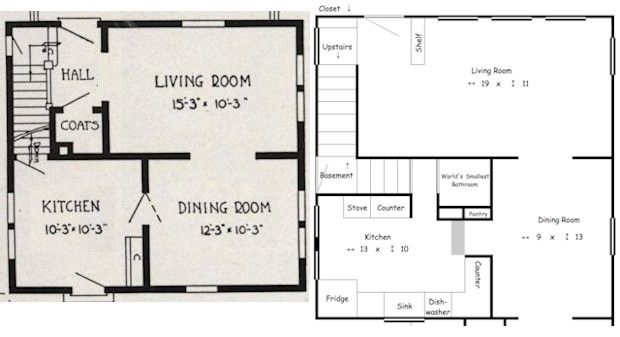 Here’s an almost side-by-side comparison. Can you see it too? It’s so close!

At first I couldn’t figure out the stairs/bathroom area because what we have doesn’t match the plans at all. Then I realized that it looks like the builder cut the 1920s plan in half and added three feet in the middle to make room for the turn in the stairs and the World’s Smallest Bathroom. That also explains why our dining room is 3′ longer than the 1920s plans. I don’t know if there would’ve been a first floor bathroom in the 1920s, but maybe!

Some of the reasons I think our house was based on the Flanders plan:

Some of the things that are different:

When I can’t get to sleep at night I imagine how I’d remodel our house if we won the lottery which would be quite the miracle since we never play, so I have a whole list of things I’d love to do. Things like residing the whole house in narrow wood siding, ripping out the porch and building a new one in 1920s style, replacing all the windows with wavy glass, ripping out all the ugly interior trim and hollow doors and installing in Bennett-style trim and paneled doors. More to come on that subject… Usually I fall asleep by this point, which is a good thing because there’s no telling what else I’d dream up!

How does the second floor compare?

Well, here’s a close-up of the 1920s plan. I didn’t have to do the second floor for that class so I don’t have one yet, but I plan to do one in the near future.

Like the main floor, it’s not exact, but there are obvious similarities!

Have you ever looked into the history of your home?