How I Spent My Summer Vacation – Days Six & Seven

With just three days left in my week off there was still a lot to do, but Teacher had promised we’d get it done so I wasn’t worried. At least, not much. What can I say, I’m a worrier. I figure that when you find a strength you’ve just got to go with it. 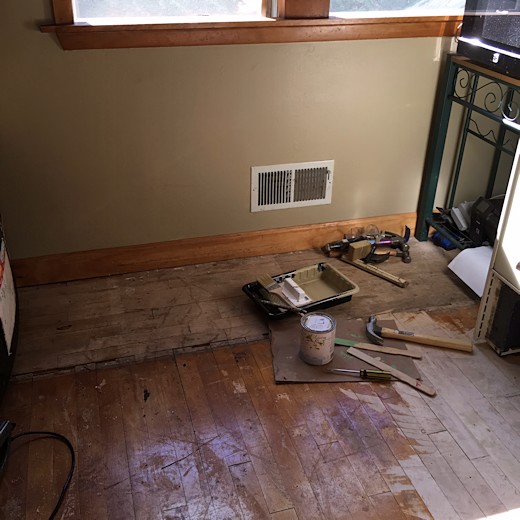 Jo-Bear and Teacher put the appliances back and replaced the trim in the kitchen while I swept, vacuumed, etc. We even bought new heating vents to replace the ones we’d installed in 1999 when we bought the house.

It’s amazing what a difference a new coat of paint can make! 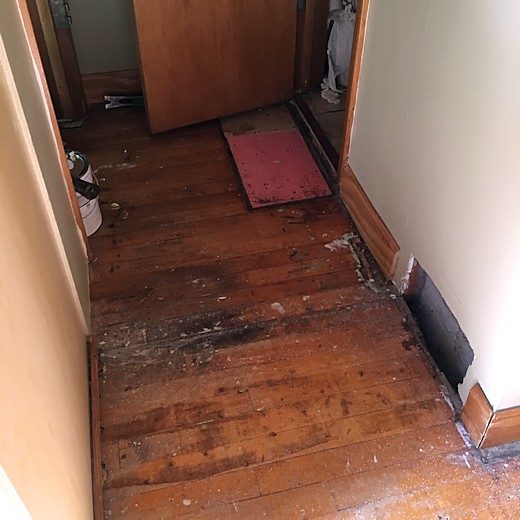 They put the trim back in the hallway too, and I found a rug to cover the floor in front of the bathroom. This hallway is going to be gorgeous when the floor is redone too. 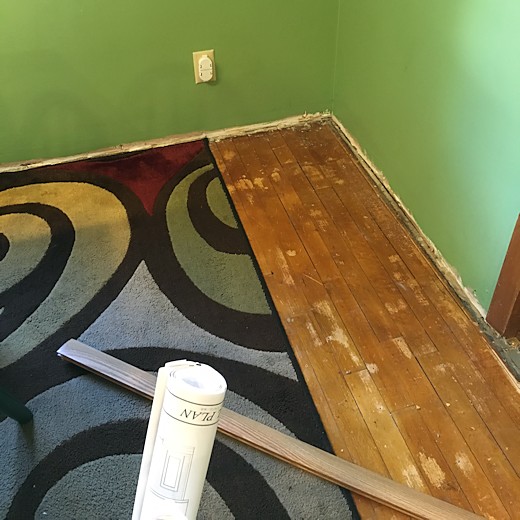 The boys and I started moving “stuff” back into the dining room while Jo-Bear and Teacher replaced that trim. I don’t think the old floor looks TOO bad, and it’s only for a couple of months until the water damage is all dry. 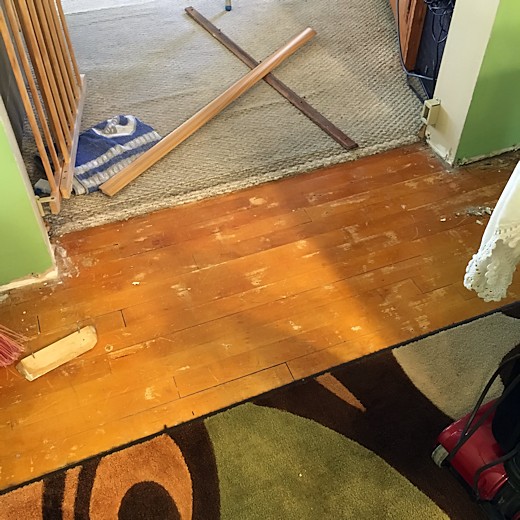 Teacher and I had purchased new thresholds for the transition from the dining room into the play room and living rooms. They don’t match but the important thing is that the kiddos don’t trip. Again, it’s just for a few months. 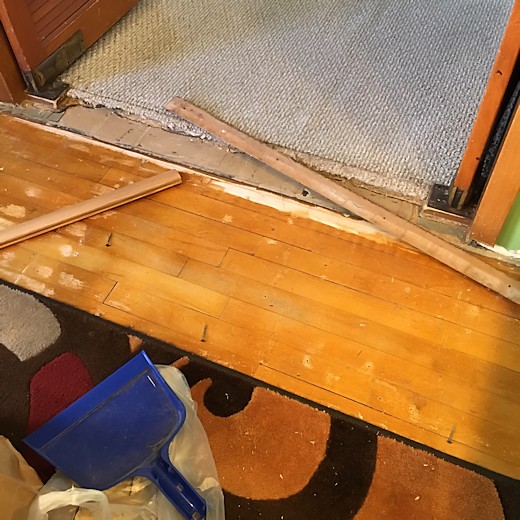 I suspect that originally this was a full wall with a window, not a doorway. It’s hard to see in the photo, but the dark line that I think is from the trim continues across the doorway opening. I also think that the floor was scraped up when the doorway was cut into the wall. Not that I’m an architect or builder or anything, I’m just guessing. 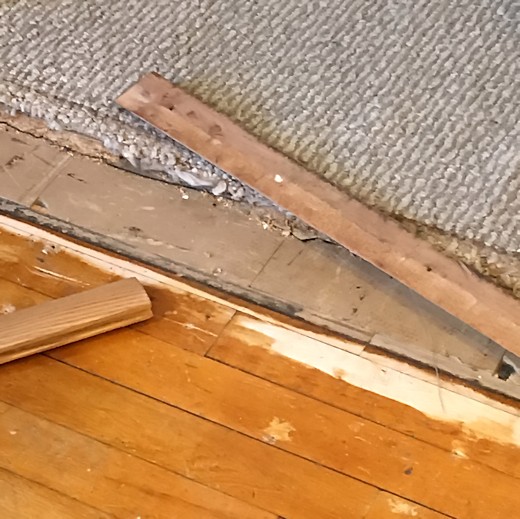 The tile peeking out under the carpet in the playroom suggests that we won’t find any hardwood there. Since the playroom was added in the 60s I assumed it wouldn’t have hardwood. I have no idea what we’re going to do out there so we’re leaving it for last! 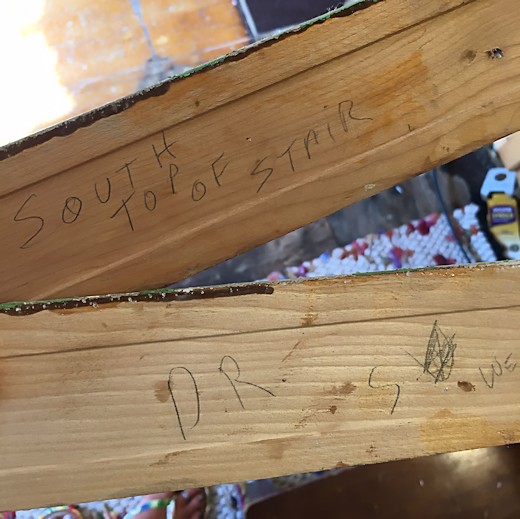 Although I’m not thrilled with many of the “upgrades” that were made in the 60s, I do appreciate that the guy labelled the back of each piece of trim and the sides of all the windows, so it’s easier to figure out where to put them all back.

Hmmm, come to think of it, I don’t remember if the windows and trim in the addition were labelled – maybe this is a leftover from the 1920s! But somehow the handwriting looks more “1960” than “1920” to me.

OK, it’s still looking pretty nasty but I think it looks a little better after a couple of washings with Murphy’s Oil Soap. Hopefully repeated washings will continue to improve it. And if not, we still need to strip and sand, so that should take care of things. 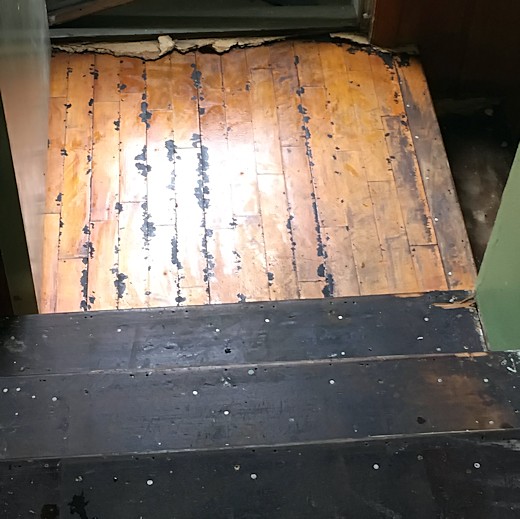 The side door landing as we call it looks SO much better after a good washing too. I couldn’t believe how much of the black came up, and I’m hoping more will come up with repeated washings.

I really can’t wait to see what all this flooring looks like when it’s redone. And I hope we don’t mess it up!