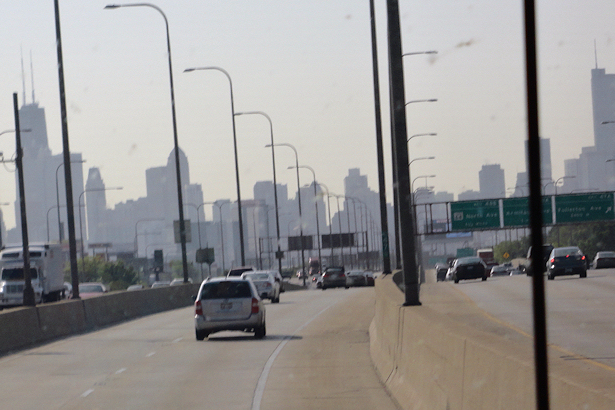 Lookielookielookie – it’s the Chicago skyline! I love visiting Chicago and feel a thrill of excitement every time the skyline comes into view. 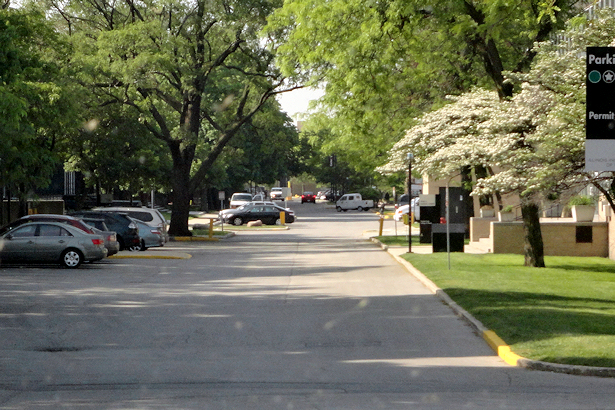 I recognize this street… 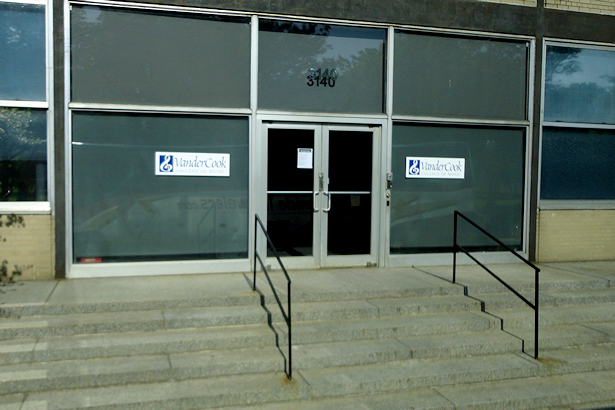 And I recognize those doors… 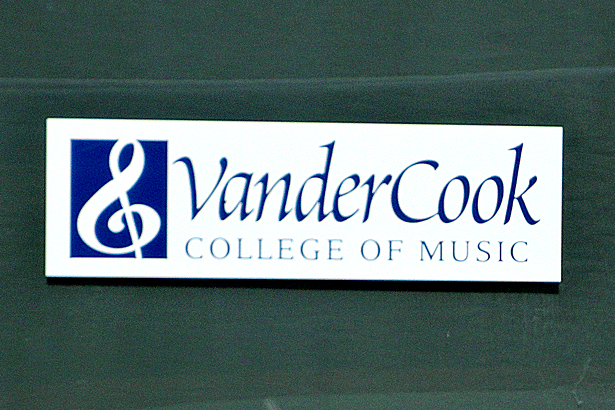 We attend a clinic at VanderCook College of Music every year – it’s one of the things I most look forward to on the trip along with the warm chocolate chip cookies at the hotel..

I don’t only look forward to VanderCook because there’s a coffee shop within walking distance and the parents often bring me a latte, I look forward to it because I learn something new every year. And because it’s great to hear the VanderCook professors tell the students the same things I’ve been telling them all year. See kids, I do know what I’m talking about!

We were scheduled to arrive at 9:30, but traffic was incredibly light because of the NATO summit being held in a few days that we were early. 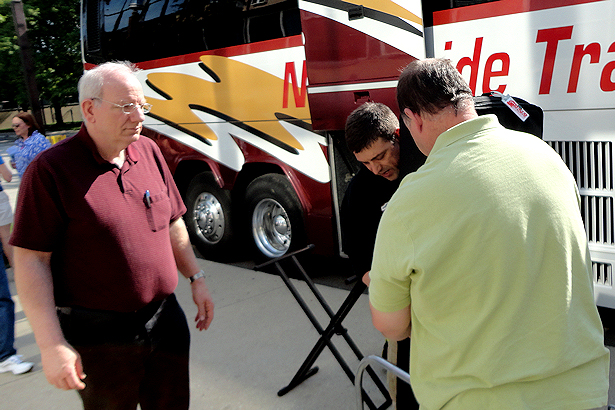 Teacher and his crew unloaded all the instruments.

Teacher’s been on bus load/unload duty since his first year on the trip. It helps to have parents who’ve been on the trip before lead new parents; otherwise the new ones aren’t sure what to do. 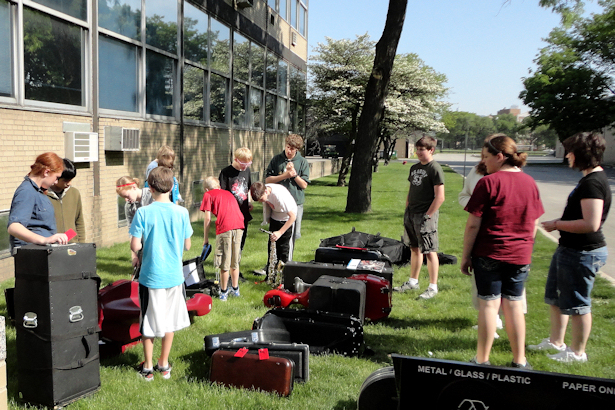 After the students get their instruments out of the cases Teacher puts the cases back on the bus so it can get off the road. It’s narrow enough without having a ginormous bus sitting in the middle of it. Besides, if I were the driver I’d want to be in a quiet parking lot, taking a nap about now. 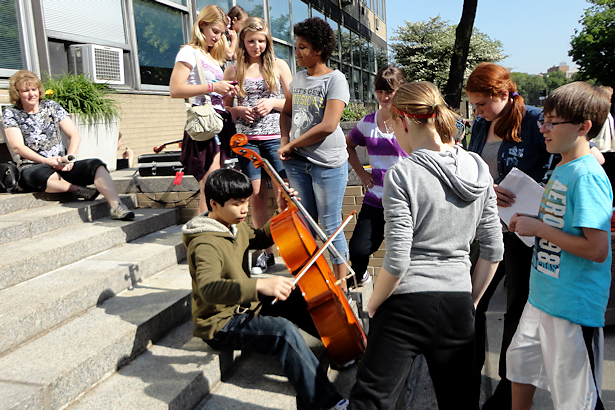 Because we were so early there was lots of time to stand around and do nothing. That sounds great, except that my mom always says “Children with nothing to do seldom do nothing.”

She was right, as usual. They stretched their legs, chatted with each other, and played passages from favorite songs on their instruments, but when the boys started trying to run up the building we knew it was time to give them something to do. 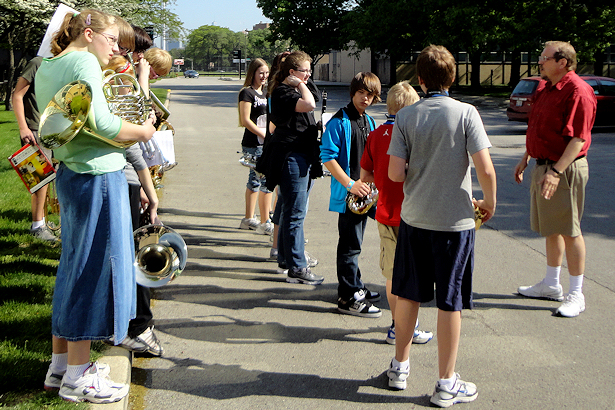 I went into the building to see if the room was ready for us, and when I came back out Chuck had gotten them organized and was giving them more last-minute instructions. 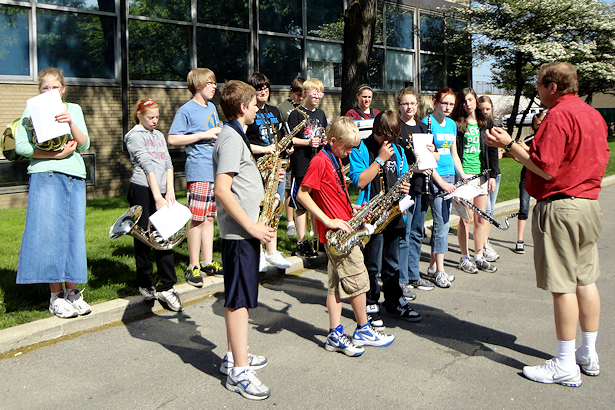 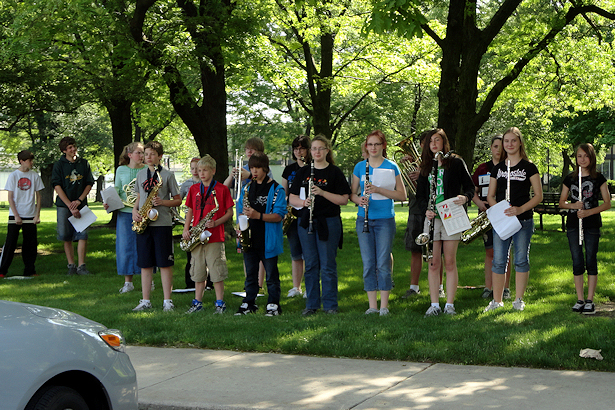 When Chuck went inside to check the status of things I had the kids move into the shade. Now THIS is what I want to see! They look pretty good considering we’ve never had them practice standing at “attention.” Can you tell that the trumpet in the back row was in marching band last summer? He’s got The Look!

Are the rooms ready yet? I can’t keep them standing out here forever! Well, I could, but it wouldn’t be nice.