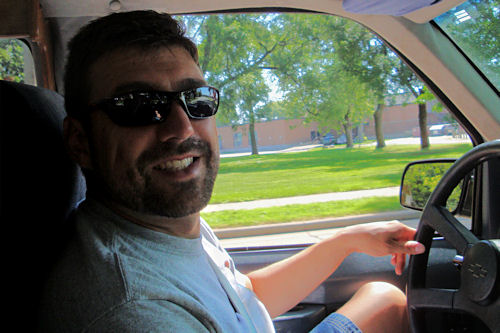 We’re on our way to Grand Haven, MI to visit Teacher’s family! We lived in Grand Haven for almost four years before moving to Wisconsin so it’s like going home – for some of us anyway. Actually, for Teacher it IS going home.

Teacher and I have taken so many family road trips that we know how to make traveling with kids fairly painless – even without a TV or DVD player in the van. I admit we cheated a little this time, but most of the trip was movie-free. 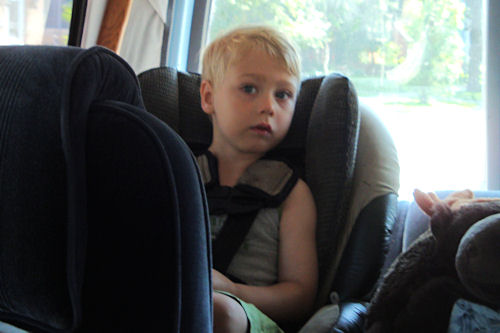 It’s a good seven to eight hour ride to see Grandma and Grandpa so the kids pack a “car bag” to keep them occupied. They bring things like books, crayons, Don’t leave them in a hot car or they’ll melt – trust me! CDs or iPods, pillows for napping and sweatshirts in case the AC gets too cold.

Teacher suggested that we put the little boys in the back seat together, and I put their toys in an open container between them. It worked out perfectly; they were able to occupy themselves without help for most of the trip!

Tip for families with small children: pick up some small, inexpensive toys to bring along on the sly. When it’s about half-way or three-quarters the way through your trip and the kids are getting antsy pull one out for each of them. 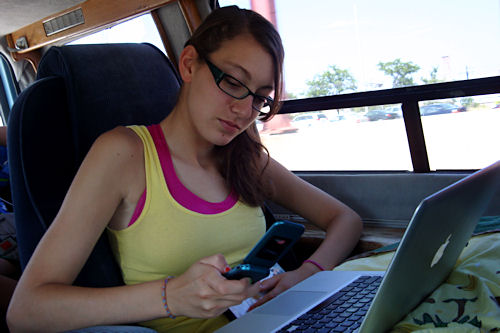 A couple of years ago we started bringing our laptops on trips, so we let the kids watch DVDs until the batteries die. Yes, I consider this cheating, but when you’re cooped up in a van with your kids for seven hours you fall into survival mode. Of course Angel Face had her phone to distract her.

Having the big kids in the middle worked well; they could help the little boys but were comfortable so they didn’t get crabby… much.

My hubby is just as smart as he is sexy – I’m a lucky woman! Kids, just ignore the sexy thing; I don’t want to damage your psyches. 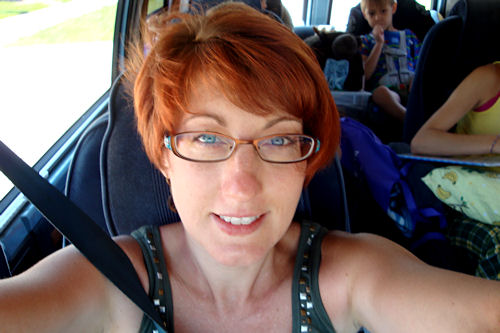 I’m in charge of snacks for our trips, and I usually bring too much. This time I packed apples, grapes, baby carrots, Annie’s bunnies, almonds, organic “cheez-its,” Quaker rice cake snacks, honey wheat pretzels, and regular pretzels. Instead of napkins or paper towels I use plastic cups to hold the snacks; they’re easier to pass around without spilling and not as likely to slide off their laps onto the floor. We also bring water to drink because it won’t make a mess when it spills. 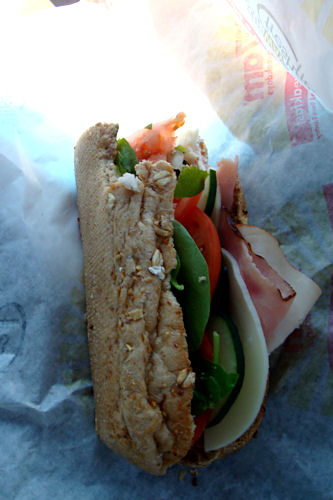 Sometimes we pack fixin’s for sandwiches or wraps, but this time we decided to stop at Subway. Yes, I did take a bite of my sandwich before I took a photo. I was starved!

The advantage to bringing sandwich stuff is that everyone can eat whenever they want and as much as they want – within reason. The disadvantage is that it’s not easy to make a sandwich on a bumpy road; I always end up with someone’s lunch on my pants.

Tips for bringing your own sandwich stuff: 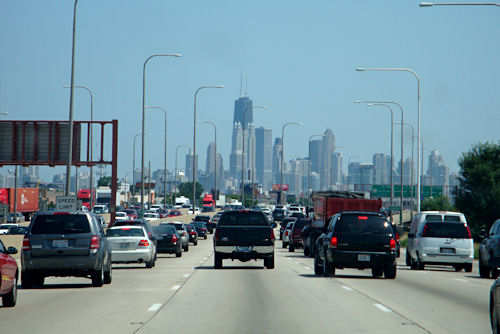 Once we hit the road we have a division of labor: Teacher drives and I read. Sometimes I entertain him by reading random sections from whatever book or magazine I’m devouring. He especially likes it when I read him a phrase out of context – it makes him think and exercises his brain. I just love a man with a buff brain!

I usually get so engrossed that I don’t come up for air until somewhere around Chicago. 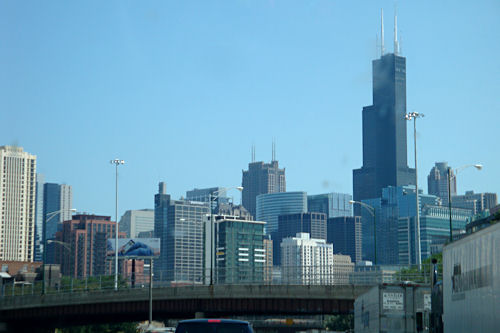 And there it is: one of my all-time favorite scenes, the Chicago skyline!

For this trip Teacher decided to see where his GPS would guide us so we ended up going around Chicago instead of through, like we usually do. I don’t think it was any faster but the traffic was slightly less scary. 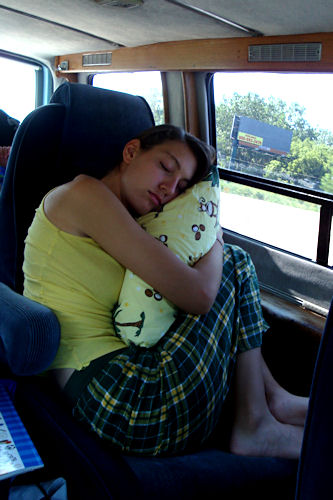 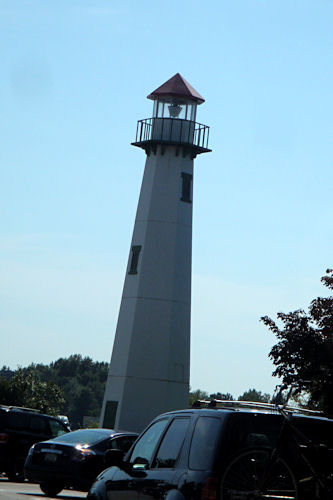 Teacher is stops for a breaki every three hours or so – generally at the Wisconsin/Illinois and Illinois/Michigan borders. Guess which one this is? 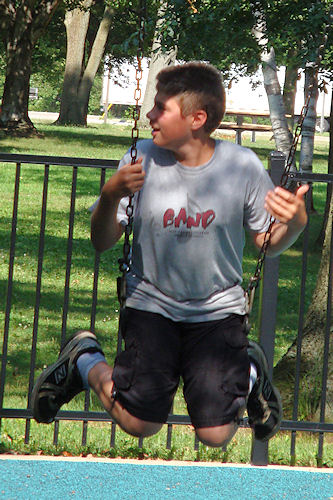 This particular rest area had a really nice playground so we let the kids burn off a little energy. Jo-Bear loooooves to swing. 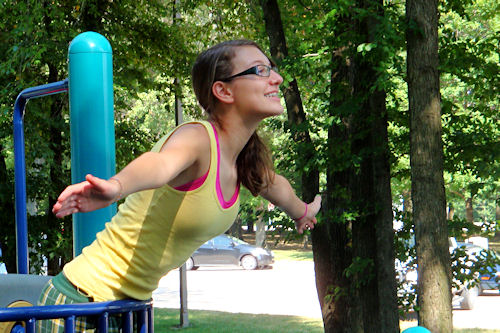 Angel Face did an interpretation of the movie Titanic.

I’ve never made it all the way through that movie; I’ve see the whole thing, but in bits and pieces. It’s just too sad to watch all at once. I can’t help but think of all the families who died and how those mothers must have felt knowing that they and their children were going to die.

But I digress… let’s talk about something happier. 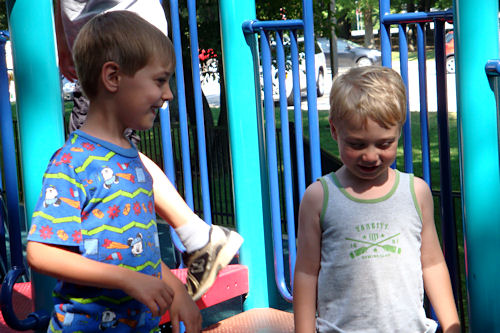 The little boys ran around like maniacs and weren’t too thrilled when it was time to get back in the van. Z-Man came relatively easily but Little Guy refused to budge. He caught up to us really quickly after we walked away without him though. Lest you think we’re terrible parents; no-one else was in the fenced-in playground when we left, and I watched him out of the corner of my eye the whole time to make sure he was safe. 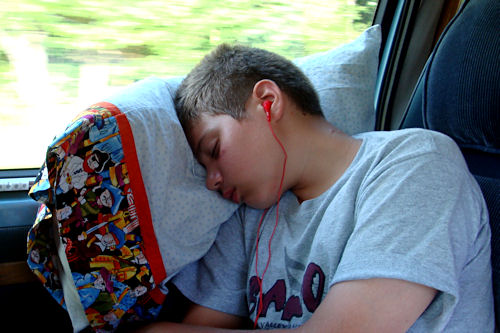 I guess all that running around and swinging tired Jo-Bear out. Or maybe it was the staying up late to watch TV with Angel Face last night. 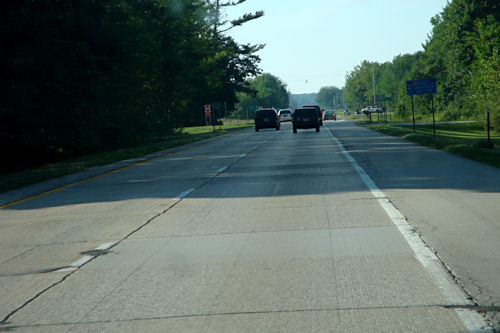 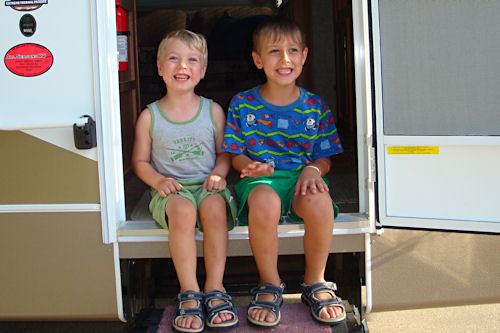 The little boys were thrilled about staying in Grandma and Grandpa’s camper. Grandpa was worried that we’d be offended they put us in the camper instead of the house, but I thought it was perfect. He’d set up the hot and cold water, a potty, and the TV; everything we’d have in the house except showers and the manic claustrophobia our crazy family brings into their quiet two-person house. 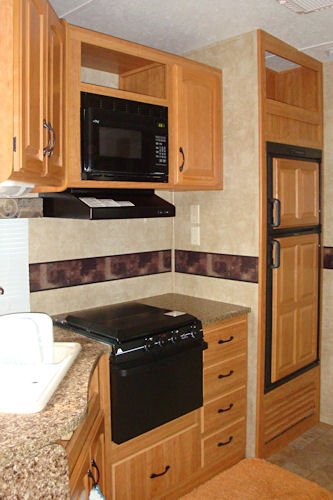 Now THIS is my style of camping! In some ways the camper is nicer than our house; it’s definitely newer and cleaner. Everything is so adorably compact, cute, and un-child-damaged.

I know that’s not a real word but I couldn’t think of another word that fit as well. We’ll call it “creative license.” 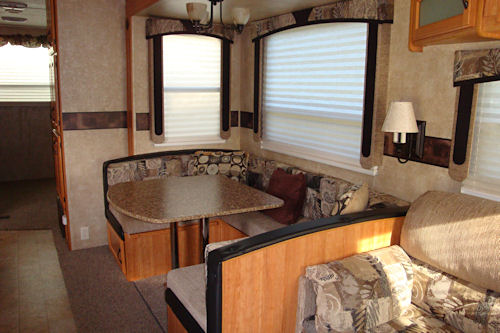 The table area transforms into a bed, so that’s where Angel Face slept.

Apparently the couch turns into a bed too – we didn’t try it cuz Grandpa hadn’t ever done it before and didn’t know how. Usually it’s just Grandma and Grandpa camping so they don’t need that many beds. 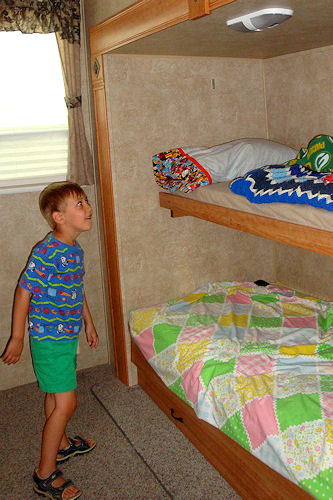 The back bedroom sleeps three – the “drawer” at the bottom is actually a trundle bed – so the boys slept there. I was worried Jo-Bear would roll out of the top bunk onto the little boys and squish them, but he didn’t. Whew!

Now that we’re finally here and the van is upacked our vacation can officially begin!