Does this Make me a Nerd?

I love to organize.

There’s something satisfying about starting with a huge jumbled mess and sorting, tossing, boxing and labeling until it’s a neat, organized, usable space.

It makes me happy.

Our game closet was one of my projects: 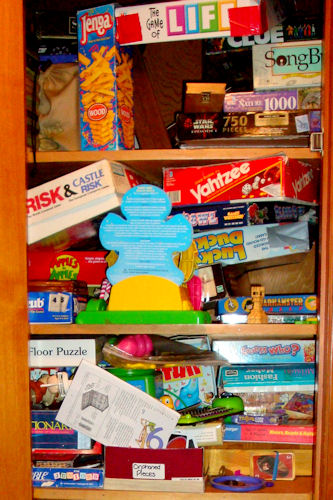 Every time you opened the door something fell out on you, you couldn’t find anything, and the “Orphaned Pieces” box was stuffed to overflowing. 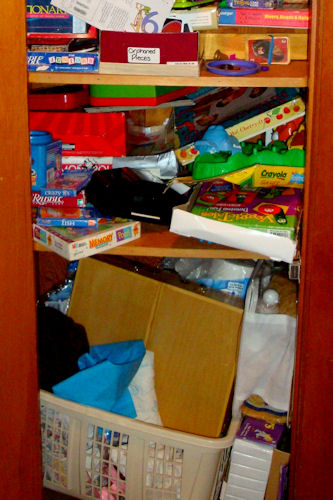 It was a huge, chaotic mess.

One afternoon I had the kids help me bring all the games to the dining room table. I went through each box, repairing, and replacing missing pieces that had been tossed in the “Orphaned Pieces” box. Games or puzzles that were too broken or missing too many pieces to play with were thrown out, and games or puzzles that hadn’t been played with in a long time were given to charity. Shhh, don’t tell the kids; they haven’t missed some of their things yet! 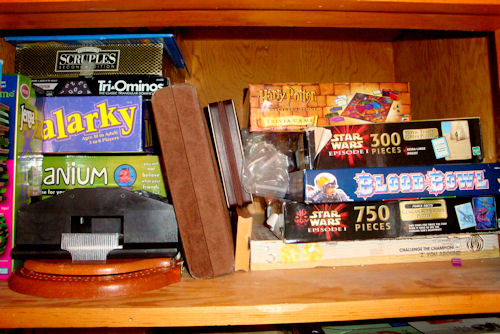 Then I arranged the games and puzzles on the shelves according to age level. The top shelf holds the older kids’ games and things we don’t use often.

By the way, “Blood Bowl” is not a mom-sanctioned game; Uncle Ike gave it to College Boy as a gift. Can anyone tell me why uncles love to get their nieces and nephews things they know we don’t want them to have? 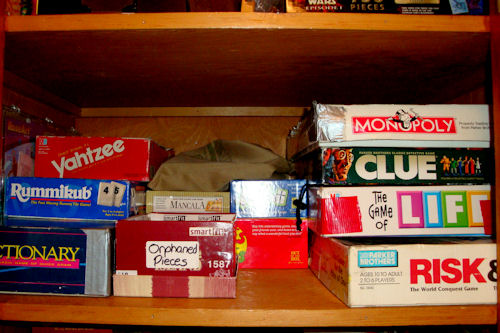 The next-highest shelf is for “big kid” games that they play often. 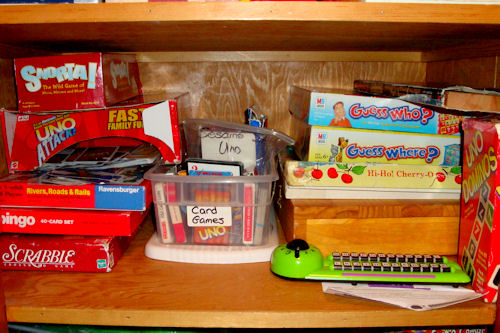 Next are “intermediate” games and a few “little kid” games; the ones Z-Man and Little Guy need help with. 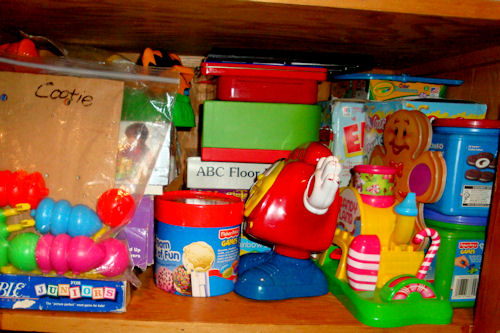 Finally a shelf for Z-Man and Little Guy! Lots of the games on this shelf are used with the daycare too. 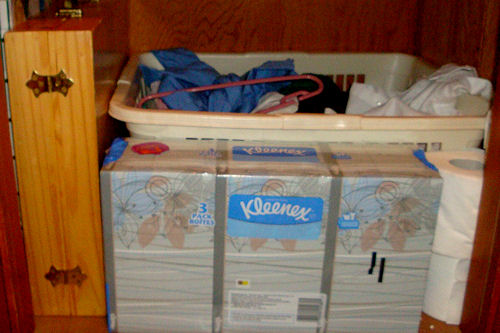 On the floor is a handcrafted chess set Teacher’s dad made for College Boy, a basket of clothes I need to iron, etc.

Not bad for an afternoon’s work, the hard part is going to be keeping it clean.

So, what do you think; does this make me a nerd?