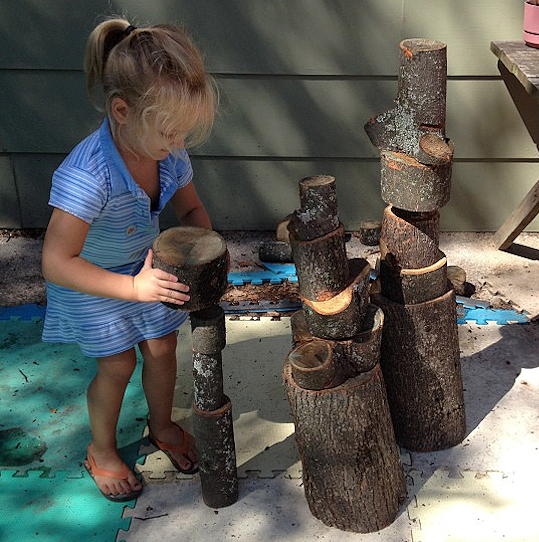 I don’t remember the first time I saw tree blocks – it may have been on Pinterest, or at last year’s WECA Conference Yes, that is me on the far right in the first slide. or who knows where. In any case, I wanted some.

The problem is that since we live in the city along with everyone else we know we don’t have random trees lying around, or spare trees to cut down. Sure, I could’ve found someplace to buy them, but I just couldn’t bring myself to spend good money on what was basically a cut up tree.

Then I got lucky.

My parents discovered that one of their trees was diseased and had to be cut down. Woo hoo! Umm… I mean, what a bummer that the tree had to go. That’s really sad.

I called dibs on any parts that weren’t diseased or holey from the &#^@#*^! woodpecker that tries to eat our house, and listened for the sound of chain saws.

When the tree had been reduced to a heap of wood Teacher and I picked through the pile, chose the best pieces, and dragged them home. Have I mentioned how nice it is that my parents live just a few doors down? Teacher cut them into various lengths and we put them in the play yard for the children.

At first they weren’t sure they were allowed to play with them. I used to have a “No Sticks” rule so the children aren’t used to playing with wood and sticks. I started building and invited them to join in, and soon they were all clustered around, adding their pieces to the communal tower.

Even though the initial excitement over something new faded, the tree blocks are still one of the children’s favorite things to play with outside. New towers are built daily, and some of the thinner pieces are used as plates, crowns, and for rolling across the patio.

I’m so glad I finally got tree blocks! 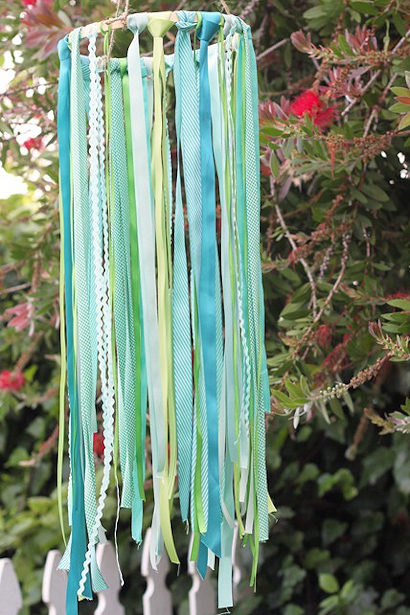