Day 03 – Something you have to forgive yourself for. 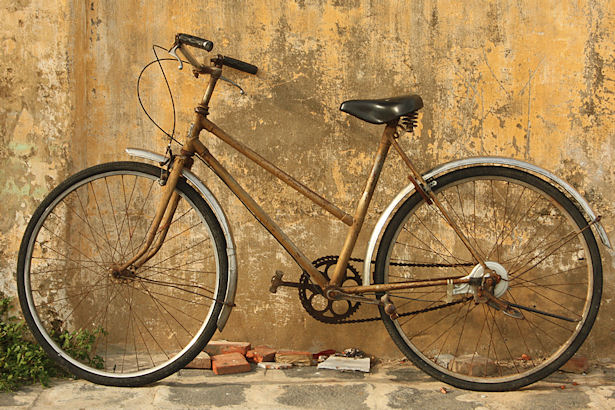 When Teacher was in graduate school we lived in post-World-War-II apartments, owned by the school. There were six apartments in each building; three floors with two apartments on each floor and a staircase between. Each apartment had a laundry hook-up and storage area in the basement, which could only be accessed through an external door.

St. Louis is known for hot and humid summers, and one summer seemed to be worse than usual. My best friend besides Teacher, of course and I set up a good-sized pool in the parking lot behind the building. The pool was big enough that several adults and children could soak without infringing on each other’s personal space too much.

The high temperatures, lack of shade, and heat reflected off the black-topped parking lot heated up the pool to the point that cold water had to be added every day. We hooked several hoses together until we had enough length to reach from one of the laundry sinks to the pool.

We weren’t stupid – we knew that even though we were on the outskirts of St. Louis we were still close enough that crime was a definite possibility – but we got complacent, and to be honest, we got lazy.

Tired of rolling up the hose and locking the basement door every night only to unlock the door and unroll the hose again every morning, we neglected to put away the hose a couple of days. It was one of those things that you know you should do, but don’t.

You can probably guess what happened next… one night someone walked right in the unlocked door and stole a bunch of bikes – some valuable, others not so much, and none of them ours.

I wanted to turn back time and lock that stupid door.

I wanted to crawl into a hole and not come out until the school year was over and we’d moved away.

One of the other couples that lived in the building had their valuable mountain bikes taken. The afternoon after the bikes were stolen the wife knocked on our kitchen door, wanting to talk about the theft.

She was understandably very angry and berated me for being so irresponsible.

I couldn’t defend myself; she was right. I’d been irresponsible, lazy, thoughtless.

All I could do was apologize profusely and ask her forgiveness, which I did, but it didn’t make me feel any better.

Even now, almost 20 years later, I still feel awful when I think about it.

I wonder if she remembers and holds a grudge, or if she’s forgotten.

I suppose I could track them down and find out, if I really wanted to.

What would I say? “Hey, remember the time your bikes were stolen in St. Louis? Well, I’m the one who left the door unlocked. Are you still mad at me?”

I just wish I could.

Future Days selected from the following:
Day 04 – Something you have to forgive someone for.
Day 05 – Something you hope to do in your life.
Day 06 – Something you hope you never have to do.
Day 07 – Someone who has made your life worth living for.
Day 08 – Someone who made your life miserable, or treated you like dirt.
Day 09 – Someone you didn’t want to let go, but just drifted.
Day 10 – Someone you need to let go, or wish you didn’t know.
Day 11 – Something people seem to compliment you the most on.
Day 12 – Something you never get compliments on.
Day 13 – A band or artist that has gotten you through some tough days. (write a letter.)
Day 14 – A hero that has let you down. (letter)
Day 15 – Something or someone you couldn’t live without, because you’ve tried living without it.
Day 16 – Someone or something you definitely could live without.
Day 17 – A book you’ve read that changed your views on something.
Day 18 – Your views on gay marriage.
Day 19 – What do you think of religion? Or what do you think of politics?
Day 20 – Your views on drugs and alcohol.
Day 21 – (scenario) Your best friend is in a car accident and you two got into a fight an hour before. What do you do?
Day 22 – Something you wish you hadn’t done in your life.
Day 23 – Something you wish you had done in your life.
Day 24 – Make a playlist to someone, and explain why you chose all the songs. (Just post the titles and artists and letter)
Day 25 – The reason you believe you’re still alive today.
Day 26 – Have you ever thought about giving up on life? If so, when and why?
Day 27 – What’s the best thing going for you right now?
Day 28 – What if you were pregnant or got someone pregnant, what would you do?
Day 29 – Something you hope to change about yourself. And why.
Day 30 – A letter to yourself, tell yourself EVERYTHING you love about yourself.