It occurred to me as I was beginning to write this post that I totally forgot to say anything about our clinic! I’ve been using my photos to remind me of what I wanted to say, but this year I forgot my camera on the bus so there aren’t any photos. Duh! Suffice it to say that Stacy did an awesome job as always, despite the kids being more squirrely than usual. I hope that next year we get our morning slot back because I think the kids are more focussed on band when we do it first thing in the morning instead of having “play time” first. 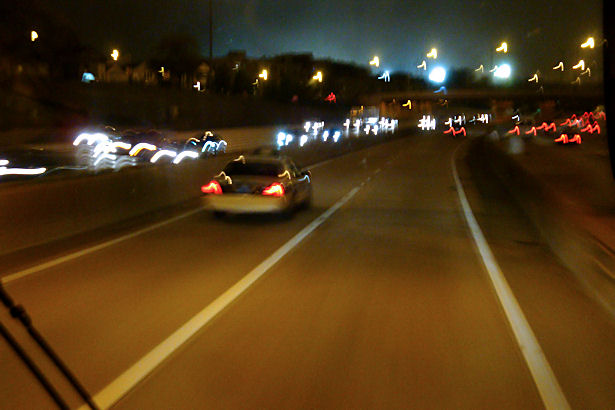 The bus was quiet on the way to the hotel – I think the kids were almost as tired as the adults. That’s the goal; keep them busy-busy-busy on Friday so they’re too tired to wreak havoc in the hotel. 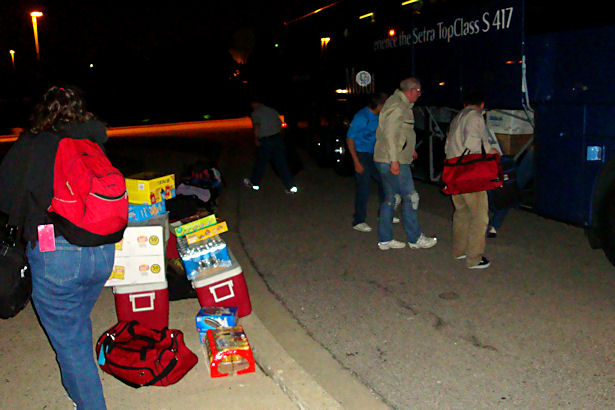 Once we arrived at the hotel Teacher and his teammates started unpacking the bus while the rest of the adults handed out room keys and reminded the kids of the rules. 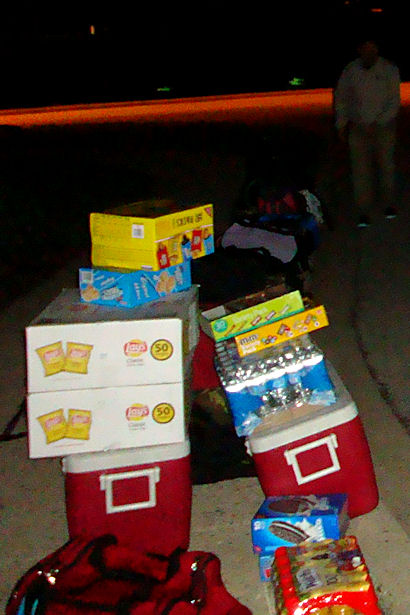 The parents brought plenty of snacks, so if anyone went to bed hungry it was his or her own fault. 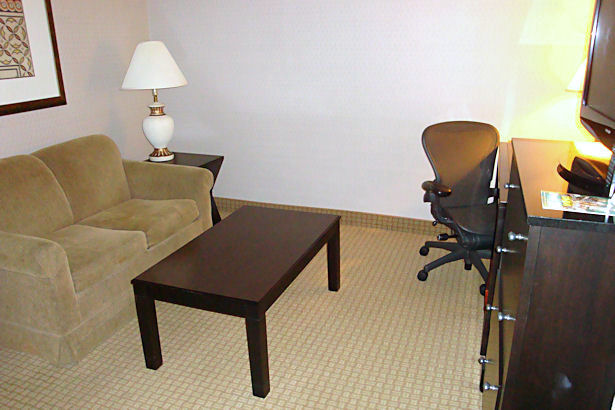 Teacher and I were assigned a small suite with a pull-out couch in the front room. I felt kind of bad that the two of us were in a room that could sleep six when four kids were crammed in rooms with two double beds.

But not bad enough to trade with any of them. 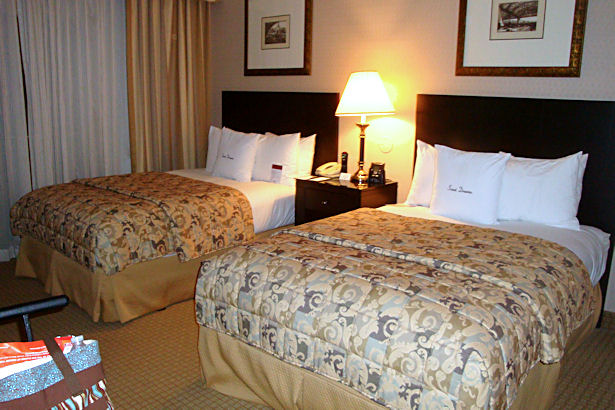