Go Back to School: A Parent’s Guide to Raising a Scholar 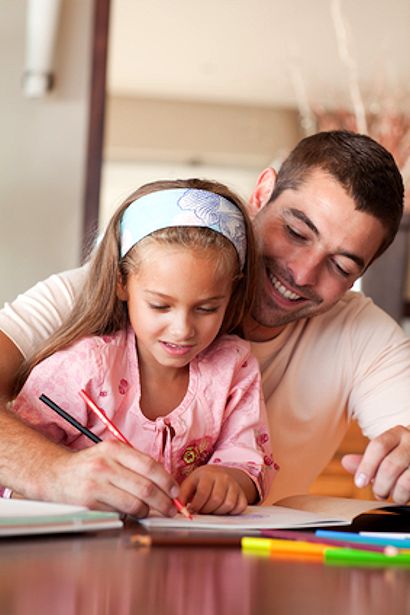 The dorm rooms, all-nighters and parties still pop into my head from time to time. Next to motherhood, college was the most exciting and important event in my life. Not only did I land on a career path, but I also made lifelong friends and met my husband.

As kids get older, parents think less about their old college days and more about their children’s futures. The journey to college starts long before high school graduation. The tests your child takes, attitudes he or she holds and nutrition you provide all have hands in preparing your student. Whether you have a teen or a tot, keep your child’s future in mind with these collegiate tips:

For better or worse, standardized tests play a vital roll in college applications, scholarship opportunities and career success. According to Collegeboard.org, only 43 percent of college-bound seniors met the SAT College and Career Readiness Benchmark in 2011. Students who meet the benchmark have a substantially higher college retention rate. As students struggle to meet standards in critical reading, mathematics and writing, those that meet or exceed standards set themselves apart.

Part of the job of being a parent is instilling a child with confidence and self-esteem. Conventional wisdom claims that the more students believe in their natural abilities, the better they will perform in an academic setting. According to researcher Carol Dweck on Stanford.edu, however, parents who over-inflate their children’s egos are often doing more harm than good. Problems arise when children develop fixed mindsets an attitude that perceives talent and intelligence as natural, fixed traits. A healthier mindset understands that intelligence and talent are largely the result of effort and hard work. Dweck calls this the growth mindset.

Parents shouldn’t avoid praising their children, but praising effort is more beneficial than praising ability. With a growth mindset, your child won’t crumble or become defensive when someone critiques his or her intelligence. Rather, he or she will absorb the constructive criticism and apply it to improving his or her life.

Your baby may not be able to walk, but that doesn’t mean you can’t boost his or her chances of going to college. According to Sciencedaily.com, a study conducted between 1969 and 1977 indicated that early-childhood nutrition is an important determinant of adult intellect. Researchers gave one group of infants a protein-rich supplement and another group a sugar-sweetened beverage. Cognitive functioning tests conducted on both groups decades later revealed that subjects who were given the protein-rich beverage outperformed subjects who had consumed the sugar beverage.

No matter how much they fuss, feeding babies protein-rich food can promote future cognitive development and academic success, according to the study.

Thanks for the tips, Maria! College Boy told me about the “praise the effort not the result” strategy a year or so ago, so I’ve been making sure I say “You really worked hard!” or “Good thinking!” instead of “You’re so smart!” or “You did a great job!” when praising children’s efforts.