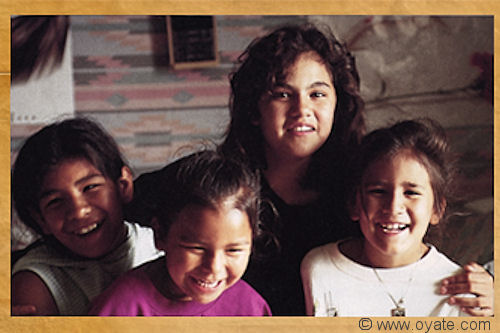 I try very hard to offer an anti-bias child care program but I know I still miss the mark sometimes. Some habits are so ingrained in me that I don’t even notice them until someone points them out. It’s like those “Claritin Clear” commercials – you think you’re seeing clearly until they lift the film and all the colors get brighter and clearer. We think we’re doing a good job being culturally sensitive until the film is pulled back and we see something we’d always taken for granted in a new light.

I had my personal film pulled back in one of the workshops I went to at the WECA conference – “I is not for ‘Indian’.”

I also knew that “Cowboys and Indians” was a big no-no, but at the workshop I learned a new reason why: “Cowboys and Indians” isn’t just a game where one military goes against another; it’s an occupation (cowboys) vs a whole people (Native Americans). It would be like playing “Cowboys vs Blacks” or “Cowboys vs Women” – can you imagine the outrage if children were playing either of those games? 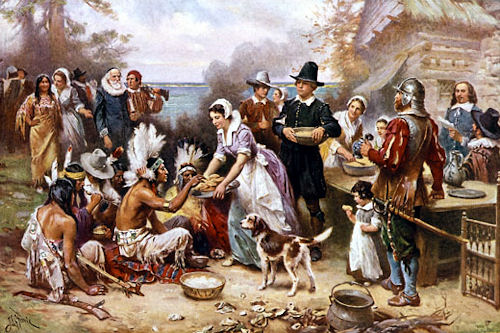 At the workshop I also learned the best way to handle the “First Thanksgiving” – something I’ve struggled with for a long time. On the one hand I’ve felt that I should talk about the friendship between the “Pilgrims and Indians” with the children, but on the other hand I knew that the traditional “Pilgrims and Indians” that I grew up with and that are still present in many schools is wrong.

I learned that the best way to handle the “First Thanksgiving” is to not go there.

Just skip the whole “First Thanksgiving with the Pilgrims and Indians” thing, and focus on the things we’re thankful for in our lives. Things like our mommys, daddys, brothers, sisters, friends, pets, yummy food, favorite toys, etc. 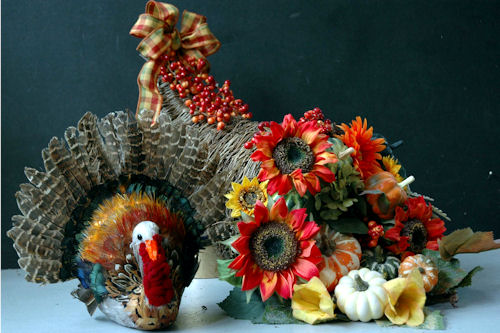 Skip the stereotypical pilgrim and Indians, and decorate with turkeys and cornucopias like these great floral ones instead. Replace the paper bag “Indian vest” craft with paper bag turkeys or paper bag pumpkins.

It makes a lot of sense when you stop to think about it; most of us celebrate Halloween and Valentine’s Day very happily without a history lesson about the “First Halloween” or “First Valentine’s Day” don’t we?

If you feel the need to address the First Thanksgiving, or are wondering how to accurately reflect Native American culture, check out www.Oyate.com. There’s a whole page of Thanksgiving resources, plus books to order and criteria for evaluating books you may already own. 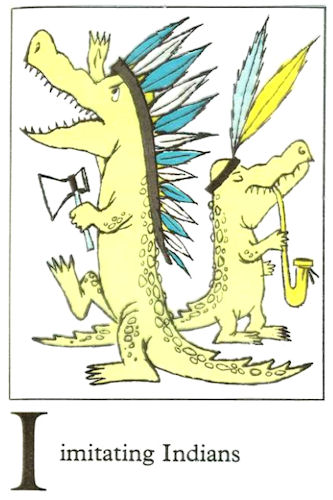 Sorry Maurice Sendak, as much as I love you, “Imitating Indians” is not what I want my children to think Native American culture is! 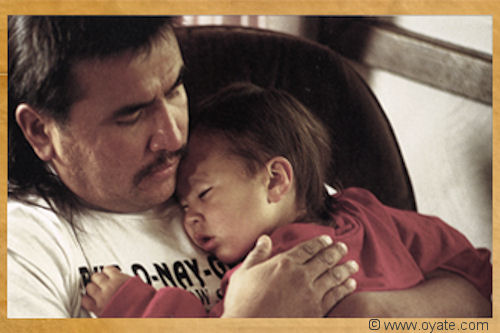 I want my children – and the children I care for – to learn about the wonderfully rich, complex, and diverse culture of real Native American tribes.

Now where did I put those brown paper bags?