How I Spent my Summer Vacation – Day Three

Tuesday was a busy day: swimming lessons in the morning, a dentist appointment for me in the afternoon, and the neighborhood’s annual block party at night.

Even though Teacher and I were busy, Jo-Bear found time to work on the stairs. 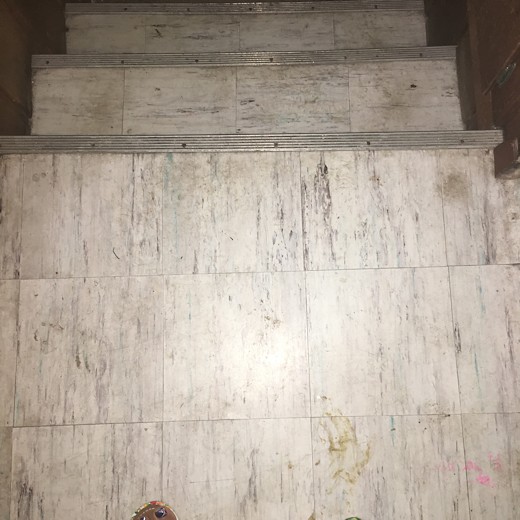 This is the ugly tile we inherited when we bought the house. You’re probably thinking that it’s not so bad for basement stairs, but it was also in the kitchen and the dining room. I can’t believe someone covered up a beautiful hardwood floor with this stuff. Ugh. 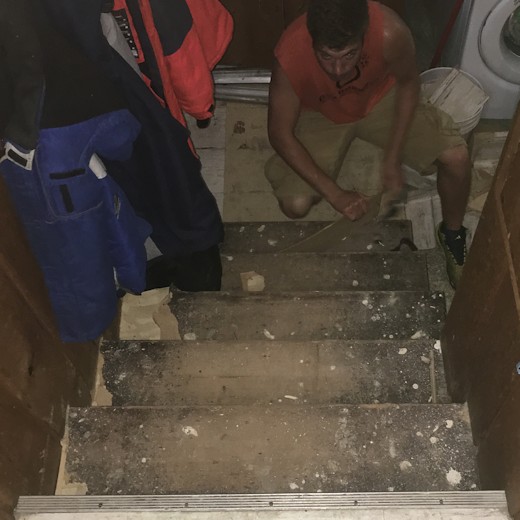 I was thrilled to see that the stair treads that’s the part you walk on – yes, I had to Google it were intact like the landing. I was afraid all the front edges had been cut off, but they hadn’t!

They’re not pretty, but they are in great shape – they’re even grooved so they won’t be slippery. It looks like they were painted dark brown originally, but I want them lighter because right now they blend together and are hard to see while you’re going down them. I’d like to strip them and just use polyurethane but I don’t know if that’ll be too slippery or not.

In any case, we figure we can “try out” products and techniques on the stairs before starting on the kitchen because it won’t matter if we mess something up – it’s just basement stairs.