Lots of Fun with a Little Fondue

This year the dinner was held at the Melting Pot – a fondue restaurant I’ve wanted to try for a while. 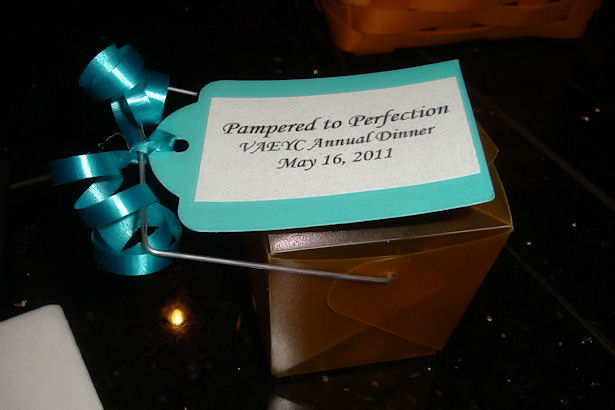 The committee chose a Pampering theme, and had a box of luscious truffles at each place setting. 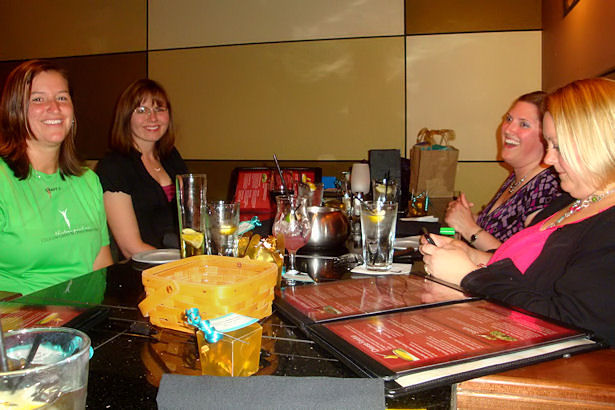 Smile! We had a smaller group than usual, but it was tons of fun anyway. 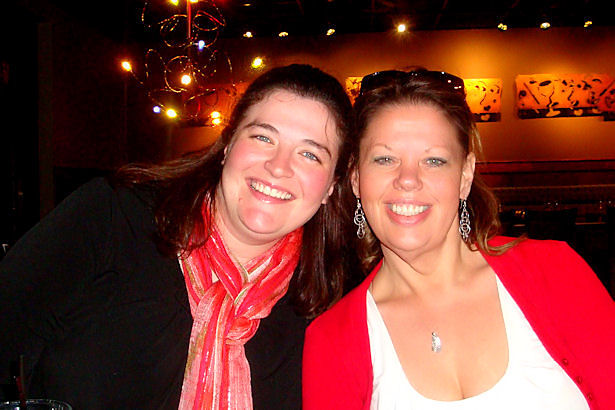 Angie, our Vice President and Dorothy, our newly-elected President. 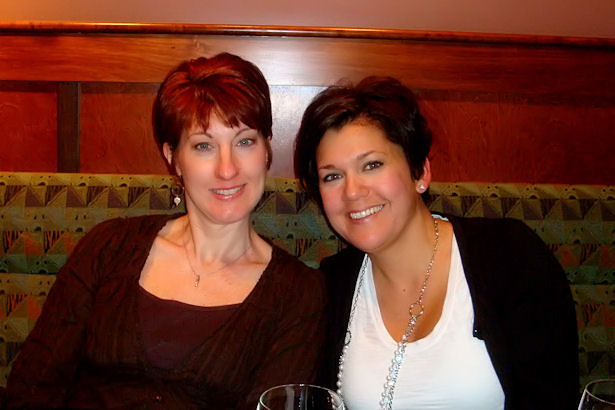 Me I’m the Secretary and Carie.

After a brief business meeting it was time for some door prizes; the Dinner committee always has great prizes, and this year was no different! Everyone put their name in a basket and when your name was picked you could choose a prize. Since all the prizes were in identical paper bags you wouldn’t know what was inside until you opened it.

I love surprises – don’t you? 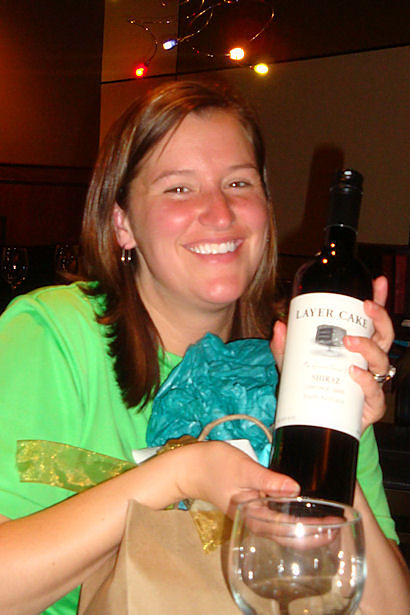 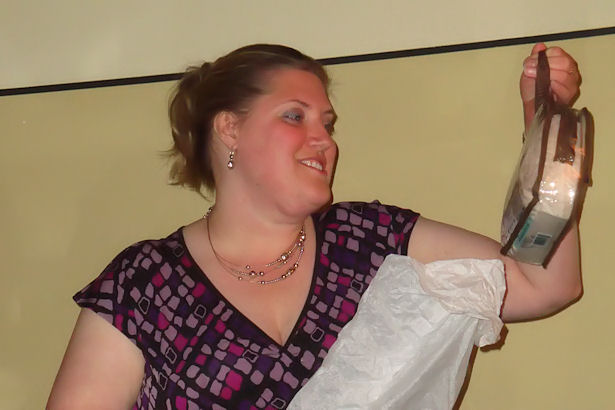 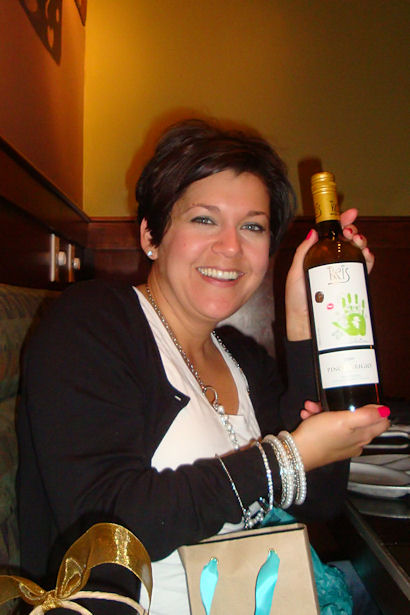 The committee had prizes for everyone, and a grand prize at the end. 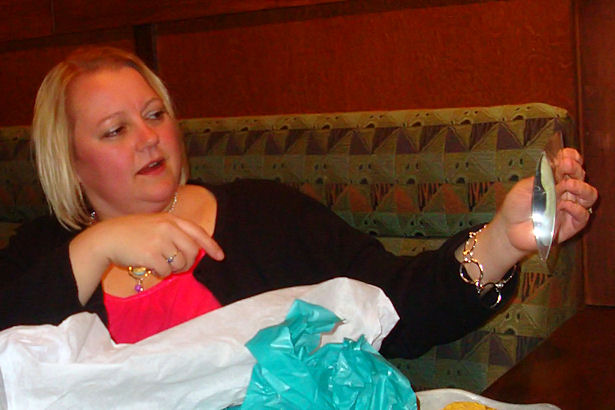 Nicole’s door prize was the most fun… all night the committee members who had shopped for the prizes were cracking jokes about one of the door prizes being a bra.

I didn’t get it until she opened her prize… 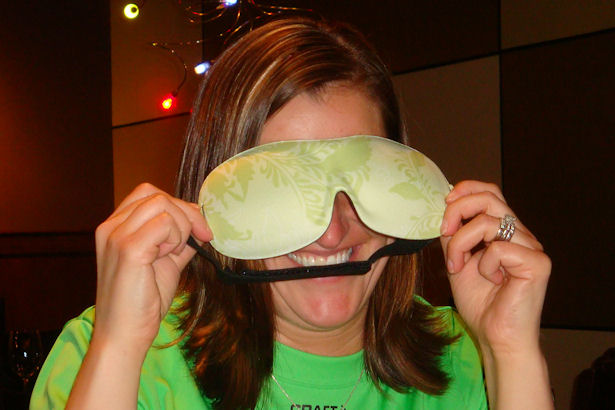 It’s a sleep mask called “40 Winks” because you can blink your eyes underneath. 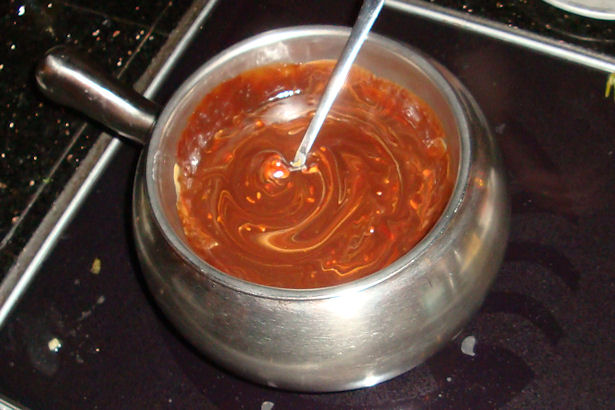 Of course you can’t go to a fondue restaurant without dipping something in chocolate; I think it’s even a rule.

This is called the Snickers: milk chocolate, caramel and peanut butter. Yummmmm! 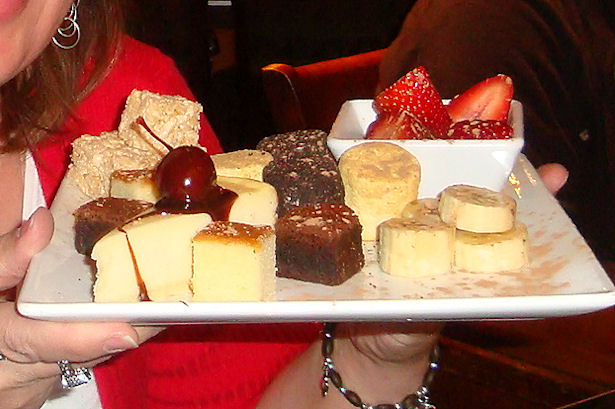 Look at all the goodies just waiting to be dipped in chocolate! My favorites were the brownies, strawberries, and bananas. 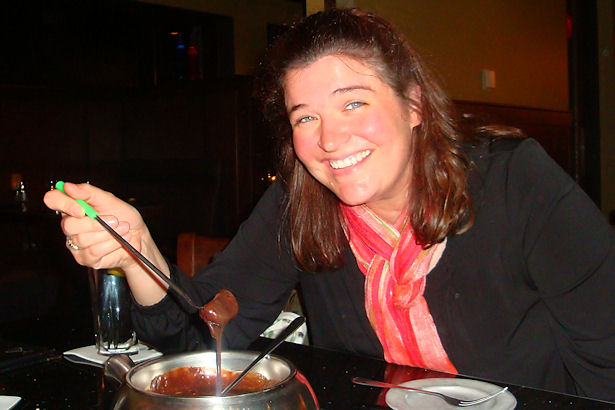 And a good time was had by all.

I can’t wait to see where next year’s Dinner will be held!