The Joys of Home Ownership

Teacher and I lived in rentals for the first 12 years of our marriage and couldn’t wait to get our own home. We would get so frustrated whenever we had to call our landlord with a problem because we had to wait for the landlord to send the company maintenance guy over. This person was usually either overweight, over 70, not overly blessed in the brains department – or a combination of the three. Teacher and I longed for the day when we could fix our own problems or hire our own people to fix it for us.

Stupid, stupid, stupid! We got our first taste of home ownership trouble with the tumor in the kitchen. Luckily there wasn’t much damage done and my dad was able to fix the problem quickly and cheaply – two things I like!

Unfortunately our next experience wasn’t fixed nearly as quickly or cheaply, and was much messier! The first indication that there was a problem was when Teacher spotted a trail of water coming down the hall toward the laundry area from the basement bathroom. 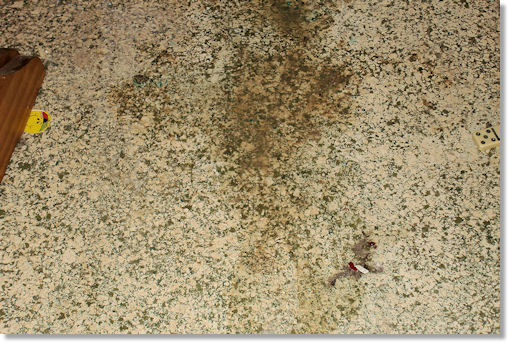 Teacher checked it out because I wasn’t going near it and told me that the shower drain in the basement bathroom was backing up. We’d had a lot of snow melting and it had rained the previous day so I figured that was the cause. Teacher gave the drain a good plunging then mopped up the water. We told ourselves that since the rain had stopped and the temperatures had dropped the problem would take care of itself. Wrong!

The next day Teacher checked again and it was worse. The shower floor was filled to the brim with murky brown water that had bits and pieces of sludge suspended in it and sticking to every surface it touched. This was taken AFTER Teacher had cleaned some of the sludge out. Gross, gross, gross, gross, gross! 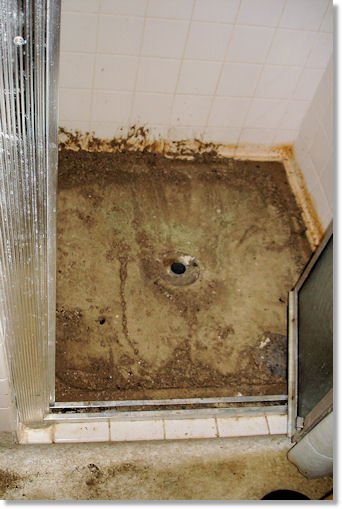 Teacher gave the drain another plunging then used a pressurized clog remover that has worked great in the upstairs shower when it starts draining slowly. Finally he poured a ton of Drano into the drain for good measure and left it alone overnight to do its magic. The next day Teacher checked the shower and it had drained! We were hopeful that the problem was fixed, but turning on the shower to test the drain proved our hopes wrong – it was still clogged. After another round of plunging, pressurized bombing, and overnight Drano we admitted defeat.

I called a plumber Monday morning and was happy to hear that one was able to come within two hours. The previous night Teacher had discovered that the water filling the shower was coming from the kitchen sink so I told the kids not to use that sink. I knew that they’d forget and use it anyway so I put a big bowl in the sink to catch the water. It had to be emptied frequently which was a pain in the butt and made me extra eager to get the drain fixed.

After an hour of work, a good-sized bill, and a recommendation to have all the drains in the house cleaned out for a hefty price, the plumber was done! I was thrilled that we could use the sink again, but wasn’t looking forward to cleaning up the mess. The water had seeped out of the shower, covering the bathroom floor and streaming into Teacher’s tool room next door as well as up the hall toward the laundry area. In addition, all the feet that tramped through that water tracked it up the stairs and into the kitchen. I mentioned something about the clean-up job and the plumber told me to hire someone and make a claim on our home owner’s insurance. My first thought was that I could clean it up myself so why bother, but then I went downstairs to take a peek and immediately changed my mind! 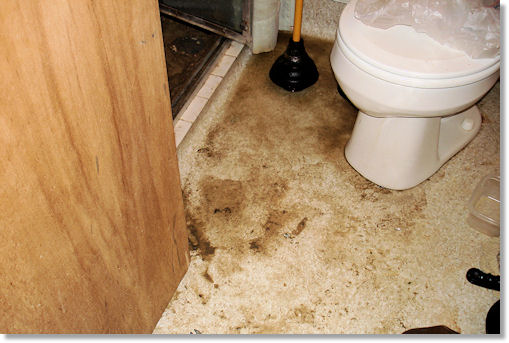 I called our insurance company and a cleaning/restoration company. The insurance guy came out to take a look at the damage and told me that the clean-up would be covered – hooray! Unfortunately our yearly deductible was more than the cost of the clean-up, but remembering the mess in the basement I’d decided it was well worth it. The restoration tech was a really nice guy who did a very thorough job. He cleaned and disinfected everything in the bathroom, the hallway, and all the way up the stairs. He even did the outside of the trash can, the toilet brush, toilet brush holder, and emptied the trash! We haven’t gotten the bill yet but I’m sure it was worth every penny. It may not be the prettiest bathroom in our house, but it’s definitely the cleanest! 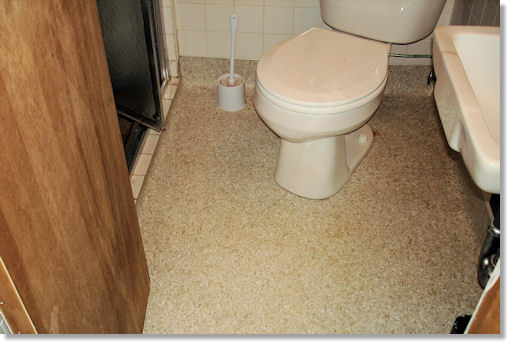